'The devastating flood was a huge setback' 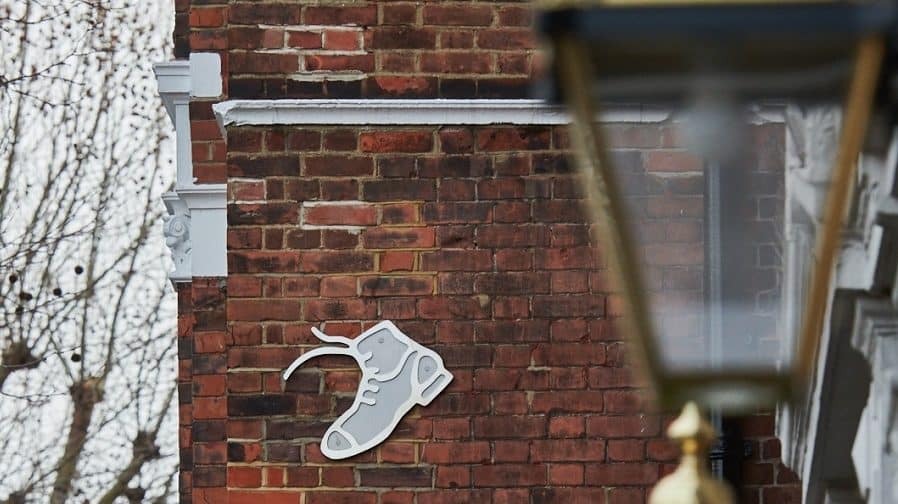 The 'Flying Boot' artwork on Half Moon Lane

Traders in Herne Hill hope a public art trail inspired by the area’s history will help businesses that are still struggling nearly six years after a devastating flood.

In 2013 a burst water main at the junction of Herne Hill and Half Moon Lane left 58 businesses with losses in excess of £6.7 million, after the low-lying area was submerged with waist-high water.

Some businesses never re-opened, while others struggled to stay open while waiting for insurance claims to be settled.

Two years later, traders told the News they had been forced to pay thousands of their own money after pay-outs by Thames Water and insurers took months and years to come through, often not covering full losses.

Although most shop units are now occupied and new businesses have moved to the area, community group Herne Hill Forum says footfall has never recovered to pre-2013 levels.

This month, a new artwork, Flying Boots and Eyes on Fire, created by artist Caroline McCarthy and the Contemporary Art Society, is encouraging people living nearby to visit and shop in the neighbourhood.

The art trail features fifteen steel-cut drawings from Herne Hill Station, Railton and Milkwood Roads, and Half Moon Lane, the roads most affected by the flood.

All of the pieces are inspired by events and people from Herne Hill’s history. Flying Boots, is a nod to the scuppered jewel thieves of Half Moon Lane, while Light of Battle recalls the mothers of Brockwell Park who wouldn’t take no for an answer.

There are also references to Welsh writer Dylan Thomas, who lived at Milkwood Road, and U2, who performed at the Half Moon pub three times in the 80s.

Artist Caroline McCarthy said: “Early on in my research I realised that there was a long-standing history in the area of determination, empathy and passion; of local people willing to stand up to authority and expressing their love for their community.

“Whether saving a pub or a squirrel, resurrecting a cinema, demanding rights, planting trees, Flying Boots is in recognition of this spirit and the art trail is a representation of the local community’s sense of history.”

Barrie Westwell who runs The Illlusioneer, a 20-seat theatre in Half Moon Lane, said: “The devastating flood was a huge setback, it took over two-and-a-half years to fully recover and rebuild the business, with some businesses permanently destroyed.

“The art trail is a permanent way to really bring together all of the extraordinary and ordinary stories about Herne Hill and its fantastic community.

“We hope everyone will enjoy it from children to visitors, young and old, and encourage visitors to explore everything Herne Hill has to offer, and learn more about its past and future.”