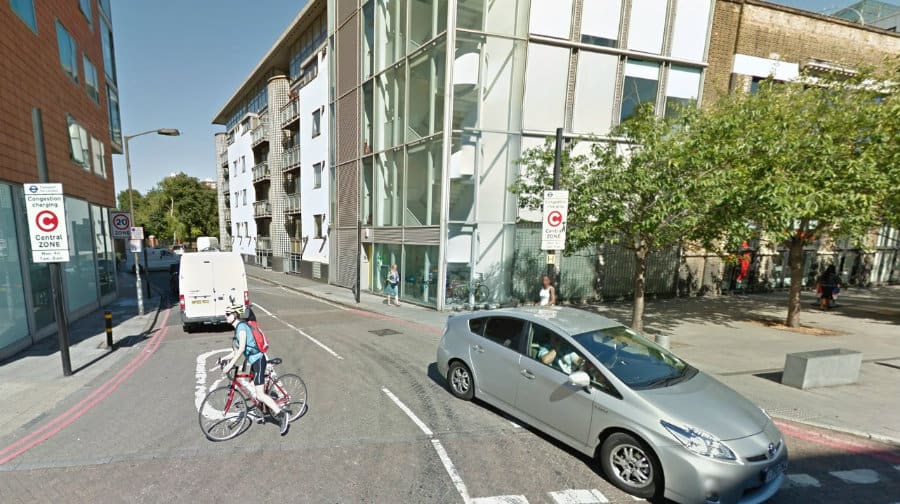 Say goodbye to THIS: Tanner Street may soon change to a one-way system

A Bermondsey artist has accused Transport for London of “screwing up the flow of the neighbourhood” with “nuts” proposals to install a one-way system in Tanner Street.

Austin Emery, who is based in Bermondsey Street, said motorists would be trapped in the area due to the ever-growing number of one-way streets.

He said: “I’m a cyclist, I’m a motorist, I’m a skater. I’m in no way opposed to the cycleway. But it is nuts, man! It is so hard to get in and out as it is with all the one-way streets and this is going to make it worse.”

The plans, part of a raft of proposals put forward by TfL over the past few weeks, would see one-way traffic introduced to Tanner Street to create space for a segregated two-way cycle route – something Austin worried would have a devastating effect on the area.

He said: “Tanner Street serves as a life-line for motor traffic in and out of Bermondsey Street at the half way point. The same applies to Leathermarket Street. It is logical therefore that we preserve this. Why on earth would we settle for this being cut off in either direction? I just don’t get it.”

He added that these changes could also lead to an increase in road rage, something that already blights the area.

He said: “Road rage is already frequent. You hear guys out there shouting daily, they’re honking and honking! And unfortunately cyclists are going to get the brunt of it.

“It is really going to screw up the flow of the neighbourhood. There is already one-way systems in Snowsfields and Druids Street – Tanner Street is one of the only streets that actually work!”

A spokesperson for TfL said the plans aimed to “improve safety and create more space for cyclists.”

They added: “TfL has carried out preliminary traffic modelling for these proposals. The results indicate that the proposals would not result in any significant delay to area journeys on the Inner Ring Road. The vehicles affected by the proposed one-way operation of Tanner Street would need to find alternative routes.”

TFL SCREWING UP ROADS? NO SURPRISE THERE THEN, KHANS ABOUT TO EXPAND THE ULEZ TO INCLUDE THE WHOLE OF LONDON SO HE CAN CHARGE ALL CAR DRIVERS WITH A CAR OLDER THAN A 2005 AND MOTORBIKES OLDER THAN A 2007 £12.50 A DAY TO TRAVEL NOT JUST IN CENTRAL LONDONS ULEZ BUT ANYWHERE IN LONDON- THATS NUTS MY FRIEND !!