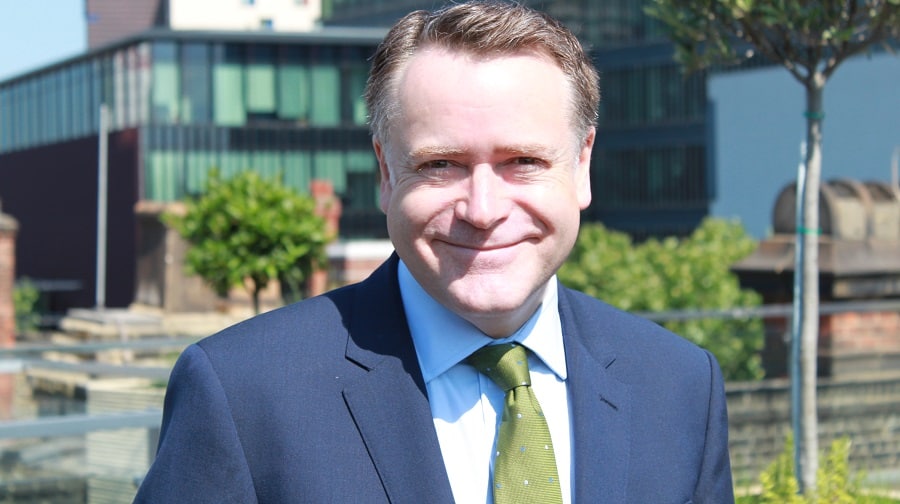 The leader of Southwark Council has explained his decision to resign from the charity at the heart of Renewal’s controversial New Bermondsey scheme – and admitted he believed the development was “pretty dead”.

In an interview at his council office in Tooley Street, Cllr Peter John explained how and why he became involved as a trustee of Surrey Canal Sports Foundation – and went as far as to say that he could not see Renewal’s scheme going ahead.

The council leader was hit with a flurry of tweets and pressure to resign from his position as a trustee after it emerged that the sports foundation was to be the subject of an independent inquiry by Lewisham Council due to allegations of false funding.

The sports foundation was set up as part of developer Renewal’s New Bermondsey scheme, which could see land used by Millwall Football Club built on if Lewisham Council decides to compulsory purchase it.

Cllr John announced his resignation from the foundation last Thursday, February 2 – but still insists he believed he was putting his name to a positive regeneration scheme that would benefit both boroughs, and admitted he did not think the sports foundation was “sinister”.

“It was 2010/11 when Renewal came in to present to me about their scheme because it’s just on the border [of Southwark and Lewisham],” he said.

“They said they were also setting up this sports foundation and that it was at the heart of this regeneration scheme and ‘what we want to create is this regional sports centre, we want the national headquarters for a whole list of potential sports and would you be interested in being a trustee and sitting on the board of it’ and I thought it sounded like it was a great vision.

“I was also mindful at that time that we were looking as a council for a solution for a new leisure centre at that part of the borough.“Millwall were absolutely at the heart of it and regeneration of the stadium was at the heart of the scheme as well and this was absolutely going to complement what Millwall did at the New Den.

“Every time I went on Twitter there were 20 plus notifications accusing me and I thought ‘okay, let’s draw a line under it’.”

“Seven Islands had been pretty decrepit for a long time and at that time the regeneration of Canada Water wasn’t on the agenda and so at the back of my mind was that also potentially the leisure activities that were being built could be for Southwark residents.”

Cllr John said he did not have much involvement with the sports foundation as progress with the New Bermondsey scheme had been so slow.

“I went to probably two meetings of the foundation and those two meetings were early on in the lifetime and at that time it was still kind of the excitement about what sports we could get into Energize,” he said.

Read next: You’ve done it! Lewisham Council’s plot to force Millwall off its lands is scrapped

“I think I’ve received a couple of update emails over the years but, because the wind has been taken out of the project, it has been so slow and that initial momentum has really been lost.”

In response to comments he has received from Twitter users asking why he did not personally scrutinise the SCSF financial accounts or the foundation’s claim of securing £2million of Sport England funding, Cllr John said it had been “completely blown out of proportion”.

“I’m not going to say it’s not part of my role but the expenditure of the sports foundation as I understand it was simply on the rental at Stockholm Road of the Thunderdome and that was effectively underwritten by Renewal and that’s it,” he said.

“I think that [the Sport England false funding claim] has been completely blown out of proportion. The scheme wasn’t reliant on Sport England funding to my understanding.

“I don’t think there’s anything sinister about the sports foundation; in any project if you go through enough numbers and you present them in a particular way you will find conspiracy and cause for grave concern. It’s the world we live in and quite rightly so that people should scrutinise things.

“I’ve come off literally because of the time it is taking up and there’s so much more for me to concentrate on in Southwark; I can’t be sorting out this problem in Lewisham as well. Every time I went on Twitter there were 20 plus notifications accusing me and I thought ‘okay, let’s draw a line under it’.”

Cllr John said he remained “fully supportive” of both Millwall and the regeneration scheme – but that he could not see it going ahead given the “furore” that has been caused.

“I think Lewisham need to sit down and talk with Millwall and say ‘look, this is a prime site for housing and London needs housing, let’s put some red lines around things now so that we each understand’ and really get that committed by each side and if Renewal come back at a later date and play a part in that I don’t know but I think there’s such a mistrust,” he said.

“I don’t think anything will happen in terms of the Renewal scheme; I think it’s pretty dead. I don’t know that because I’m not Lewisham Council, but I can’t see it happening given the furore that’s been caused.

“I think it’s a bad place for things to be and it’s taken too long.”