'He was incredibly charitable at the end of his life. He reached a point where money didn’t matter to him... so he would give cash to people that knocked on his door...' 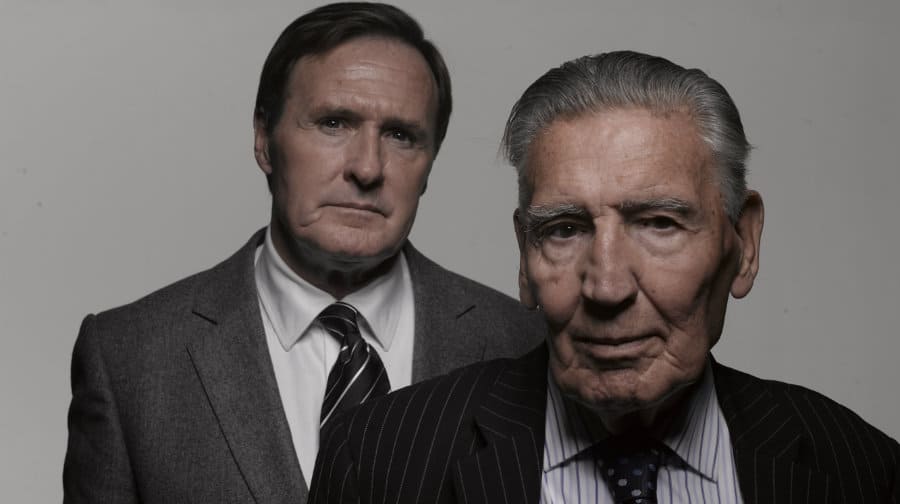 The story of one London’s most notorious criminal figures has been depicted in a new tell-all biography that promises to go beneath the folklore of bank heists and torture.

‘Mad Frank & Sons’, by author, former Sunday Times and Daily Mail reporter, Beezy Marsh, has been described by the late Frankie Fraser’s son David as “the real truth” and “not like any other book about us”.

Spanning 100 years, the book offers first-hand accounts of the Frasers’ relationship with the Kray and Richardson families. It started off as a memoir, but Beezy felt compelled to take on searching interviews with every family member she could contact “including the women”.

“It’s very different from any of our other books. It’s very violent and very sad in parts. Some of it is hilarious with very dark humour,” said 64-year-old David, who grew up with his brother Patrick in Mason Street, Walworth.

“There’s a lot of new stuff no one has heard before, and that’s why we wanted to release this book.”

Speaking to the News about her interviews with Frankie as he struggled with alzheimer’s in a Nunhead care home before his death in 2014, Beezy said: “Frank was the one who had real power.

“He was acknowledged as the real Mr Big in gangland. But he never had to assert his power, people just knew. He was not a plastic gangster.”

Among the new stories Beezy alludes to is the falling out between Frankie and Eddy Richardson at Charlie Richardson’s funeral.

“There was a final rift between these two gangland characters,” she said. “Eddie was thought to have made a comment at the funeral, with words to the effect of ‘I only came to see Charlie burn’.”

Never-before-heard stories from Frankie’s sister Eva also shed a light on their upbringing, and the subcultures of women’s crime gangs.

Beezy said: “Frank’s sister Eva was the one who led him into crime as a small boy. They stole to put food on the table.

“From there he goes on to burgle, and she goes onto shop lifting with a famous female gang called The 40 Thieves. They would go through Selfridges department store in the West End and steal furs and expensive clothes. It really expands on that side of the crime family.

“Eva talked about her times robbing banks, and a lot about her regrets. She was a very loyal sister, and was the one Frank confided in.

“What was surprising to me as an author is I found really great family values. They were people who had a real code of honour. They were incredibly loyal to each other.”

But Beezy and David also dispel the notorious rumours of Frankie was a torturer, who would rip out finger nails. And while the book comprehensively covers the family’s personal records and the “full extent of his violence in prison”, readers will also uncover the more tender edge of Frank’s tendencies.

“He was incredibly charitable at the end of his life. He reached a point where money didn’t matter to him. He had it, but it didn’t make him happy, so he would give cash to people that knocked on his door, and give to charity.

“David and Patrick have done nearly 30 years between them, but they grew up with crime. It was a gradual slide. It was what they knew.

“But in prison they realised crime doesn’t pay and they are very forthcoming about their regret. They are reformed characters. Their biggest pride now is having their children going to university.  But the book covers 1920s Walworth and Elephant and Castle and people and places a lot of people will recognise, going all the way up to 2010. It’s gripping, it’s no holds barred, and it tells you what life was like, in prison, and out.”

Mad Frank & Sons will be released on June 2 with Sidgwick & Jackson publishers.