Biography by Ed Knox will highlight her times in the French Resistance, and capture by the Nazis 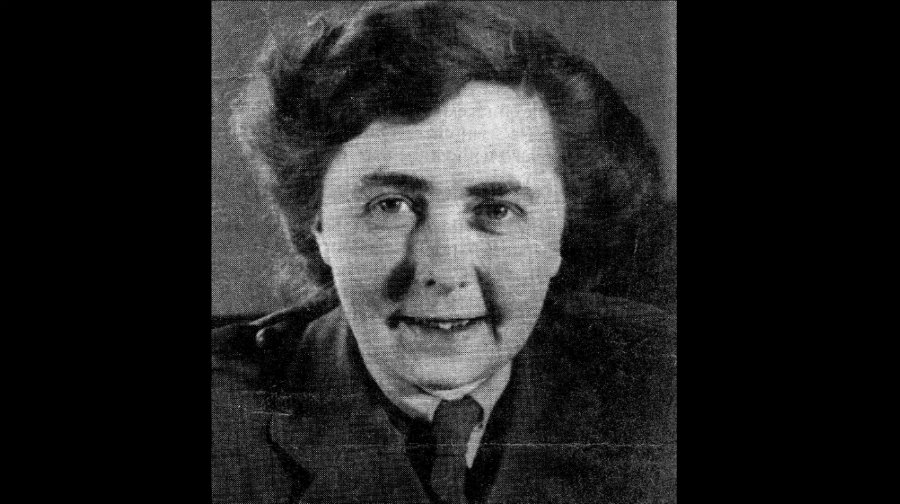 A Guy’s Hospital psychotherapist who had worked as a secret agent during World War Two is to have a book written about her exploits. Callum Burroughs reports.

Margaret Branch worked for many years at St Guy’s Hospital and was a well-known psychologist who worked with children.

Prior to her employment at Guy’s, Ms Branch, who died in 1992, led a fascinating life as a secret agent in the early years of the Second World War.

Before her exploits in France in the 1940s, she was an ambulance driver during the Spanish Civil War and helped smuggle Jews out of occupied Prague.

Now her story has attracted the attention of contracts coordinator Ed Knox, 34, who wants further to illuminate her life in a biography.

Mr Knox came across Margaret’s remarkable story after he discovered he was related to a friend of hers, Camilla Ruegg, around five years ago.

This work would be Mr Knox’s first attempted literary effort and despite having a nearly completed draft he is keen to find even more information.

“People didn’t know the full picture of what she did,” he said.

He added: “She was very straight to the point and outspoken, she did what she did but things she did in later life she would keep confidential.”

“It’s a personal effort for me, those who knew her only knew little aspects of her life.”

As a member of the Women’s Auxiliary Air Force, Mrs Branch joined the French Resistance but was captured by the Nazis.

She was jailed and tortured before she was smuggled out after a friend bribed a guard with gold.

Despite the limited success of her first mission to France she was desperate to return and Mr Knox has suggested she managed to personally convince Winston Churchill of her operation’s importance.

Upon her more triumphant return from France at the end of the war she travelled to Germany in 1945 to work with the UN’s Relief and Rehabilitation Administration (UNRRA). No details of her exploits behind enemy lines can be found.

It was during this time that she met her future partner Camilla Ruegg, who also came to work at Guy’s Hospital and helped co-found the National Association of Gifted Children (now Potential Plus UK).

She dabbled as a journalist upon her return to London and was associated with the ‘Hampstead set’, which included authors George Orwell and Inez Holden.

Her desire to work with people led her to study under influential Swiss psychiatrist Carl Jung in the early 1950s, an experience that inspired much of her professional life.

Mr Knox added: “She did every job under the sun, she worked at a munitions factory in Staffordshire and dealt with the emotional side of injuries sustained by women there.”

Another key part of her life was campaigning for the betterment of conditions for LGBT communities and she volunteered for The Gay & Lesbian Bereavement Project in her later life.

Mr Knox is appealing for further information about Mrs Branch and her former house mate and colleague Camilla Ruegg.

Mr Knox can be contacted through his email knoxru@aol.com.