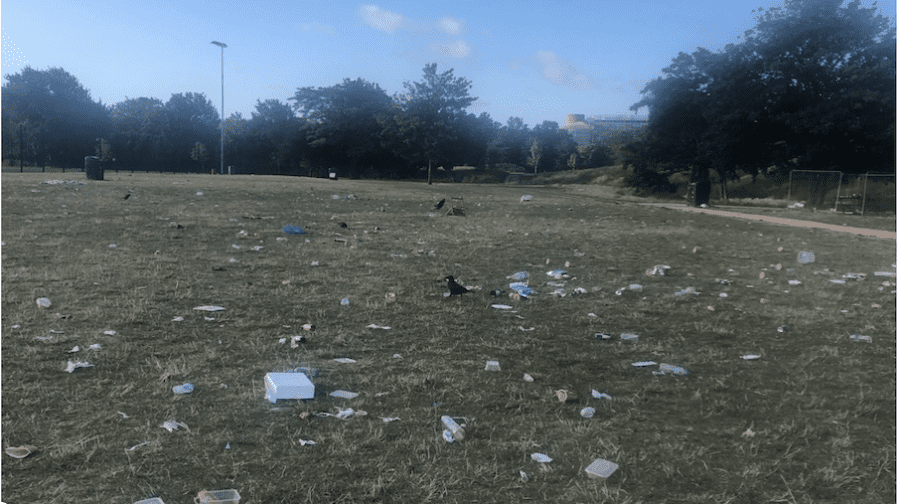 A new court injunction over Burgess Park Southwark gives Southwark Council the power to take rowdy partygoers and repeat litterers to court – with up to two years in prison.

The council has been forced to take legal action after extra park warden patrols, a strong police presence, and calls for people to avoid large gatherings continued to be ignored throughout lockdown and the summer.

As the News has reported, neighbouring residents have suffered five months of near-constant raves, all-night partying and unprecedented littering as the number of people visiting the park surged.

Granted by the County Court in central London, the injunction, which lasts for one year, bans amplified music, lighting equipment, marquees, and gatherings of more than 20 people after 9pm.

It also covers other illegal activities such as engaging in sexual activity, carrying a weapon, or violent behaviour.

Cllr Rebecca Lury, cabinet member for culture, leisure, equalities and communities at Tooley Street said: “We are delighted that the courts have agreed to help us better address dangerous behaviour in Burgess Park, by granting our temporary injunction application – for one year.

“Recorder Lambert QC, at the County Court at Central London, recognised the impact that unlicensed events and other illegal behaviour, has had on neighbouring residents, our staff, the police and other emergency services, this summer.

“As ever, our goal is to educate and prevent dangerous behaviour in our parks, but this injunction will allow our officers greater powers.

“If people refuse to do as they ask, inline with the seven terms of the injunction, they will be found in breach of a court order and in contempt of court.  This could result in a fine, and up to two years in prison.

“This injunction is designed to help us tackle illegal raves, violence and other dangerous behaviour in the park.

“It will be used responsibly to maintain Burgess Park as one of south London’s biggest and most beautiful open spaces, and a place that families and local people can safely enjoy.”