Plans submitted for new 37-storey tower next to the Shard 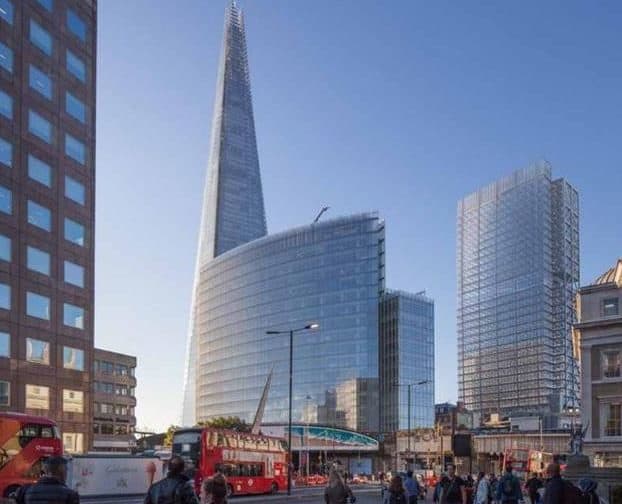 Plans have been submitted for a new 37-storey tower next to the Shard.

If approved, it would see the demolition of a current 1980s office block on St Thomas Street to make way for the tower.

The proposals, as part of the New City Court development by Great Portland Estates, also include “significant public realm improvements” to provide a new access route to the Borough High Street entrance to London Bridge station, restoration of Grade 2 listed Georgian terraces along St Thomas Street and improvement of the historic Keats House.

The tower will feature a publicly accessible botanical garden on its fifth and sixth floors, and a 250-seat auditorium on its twenty-second and twenty-third floors.

“The development of the site will deliver a substantial quantum of office, retail and leisure floor-space alongside significant public realm improvements in a high-quality development that will regenerate the site, contribute invaluably towards the local employment offer, and deliver on the council’s vision for the area,” write the scheme’s planning consultants, DP9 Ltd, in a letter to the council on behalf of Great Portland Estates. The New City Court Scheme 14-20 St Thomas Street is a “significant property in a rapidly evolving commercial and cultural area of London, with plenty of occupational alternatives for occupiers,” says Great Portland Estates.

A public consultation into the proposals is open until February 27.

The documents relating to the planning can be found on the Southwark Council website under the reference 18/AP/4039.