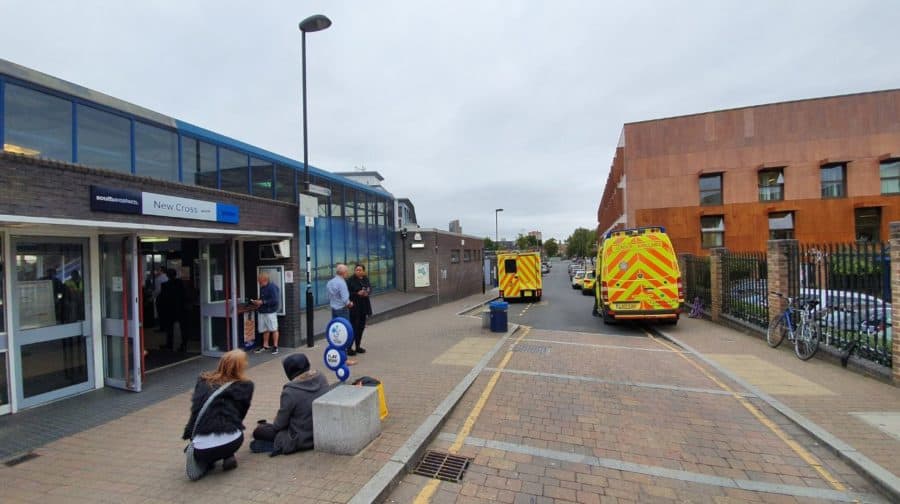 A ‘trespasser on the track’ at New Cross station has been rushed to hospital for a head-related injury this morning, a British Transport Police spokesman told the News.

The man’s injuries are not believed to be life-threatening, he added.

Police were called to reports of a man fallen on the track at 9.24am, which has caused disruption to both Overground and Southern Rail Services.

It also means there is currently no service between New Cross and Surrey Quays on the Overground. “No service between Surrey Quays and New Cross only,” said London Overground on social media at 10am.

The London Ambulance Service confirmed it had been called to treat the man, who has been rushed to a ‘major trauma centre’ for his head injuries.

“We sent an ambulance crew to the scene, an incident response officer, a medic in a car and our hazardous area response team (HART) to the scene,” said a spokeswoman.

“We are able to call at all stations on the line, however residual delays are expected whilst full service is resumed.”

“Power off, emergency crews have managed to make sure he’s okay. @Se_Railway staff also great helping those that are stuck,” added a witness at the scene.

Are you at the scene? Get in touch by emailing josh@southwarknews.co.uk