'Without it, I would be dead in less than two weeks' 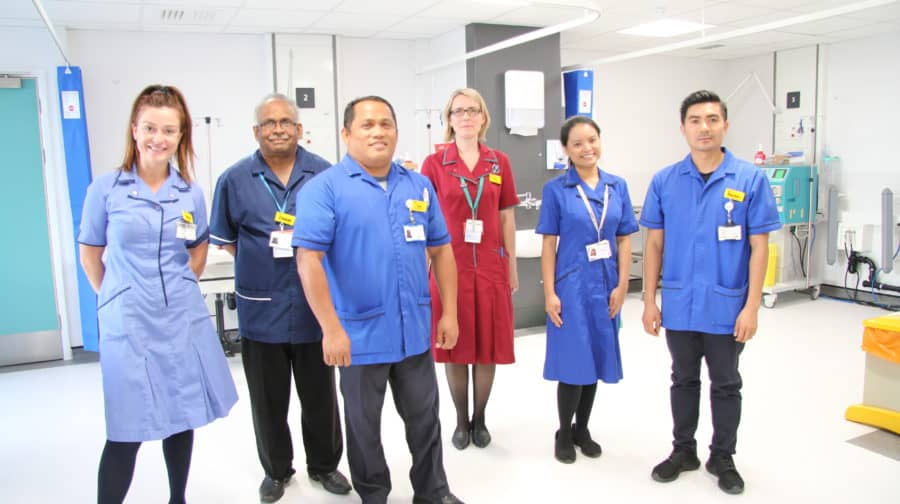 A new dialysis unit has opened at St Thomas’ Hospital – exactly 50 years since the life-saving treatment was first offered by the trust.

Patients will no longer have to travel to the main unit at Guy’s, two miles away, after the new nurse-led unit opened on July 23 with four dialysis stations; doubling the number of patients seen each day.

The new service was formally opened by Liz Stevens, who was head of nursing for renal services from 1971 to 1988, and the Trust’s chairman, Sir Hugh Taylor, last Tuesday and comes fifty years after the first treatments were made available in 1969 at The Lambeth Hospital. Patient Nicholas Palmer, who is head of patient support and advocacy at Kidney Care UK, described dialysis as ‘hard’ and ‘relentless’.

“It’s probably the most challenging treatment any patient can undergo but it keeps me and others like me alive,” he said.

“Without it, I would be dead in less than two weeks.”

Nicholas has been treated at Guy’s since 2010 after being first diagnosed with a rare kidney disease in 1995.

Since then he has had two transplants which both worked for several years but then failed.

He is one of many chronic patients whose care has been hugely improved by advances in treatment include machines that can be used at home or taken on holiday.

“Taking the dialysis machine away means I can carry on with exactly the same number of treatments on holiday as I have at home,” he said.

“This means there is no change to my care and I don’t have to locate myself near to a dialysis unit. I’m in control.”

Another patient, Sue Lyon, who is chair of the Guy’s and St Thomas’ Kidney Patients’ Association and has been treated at Guy’s since 1977, said: “This is good news for patients at St Thomas’ who now won’t have to travel across to Guy’s for dialysis.

“Being unwell and having to travel across town for what is quite draining treatment in itself, is likely to make you feel worse.”

The St Thomas’ dialysis unit is on the 12th floor, and open from 7am-8.30pm, Monday to Saturday.