A joint venture by the Hotel Elephant, Network Rail and Southwark Council will transform the disused railway arches 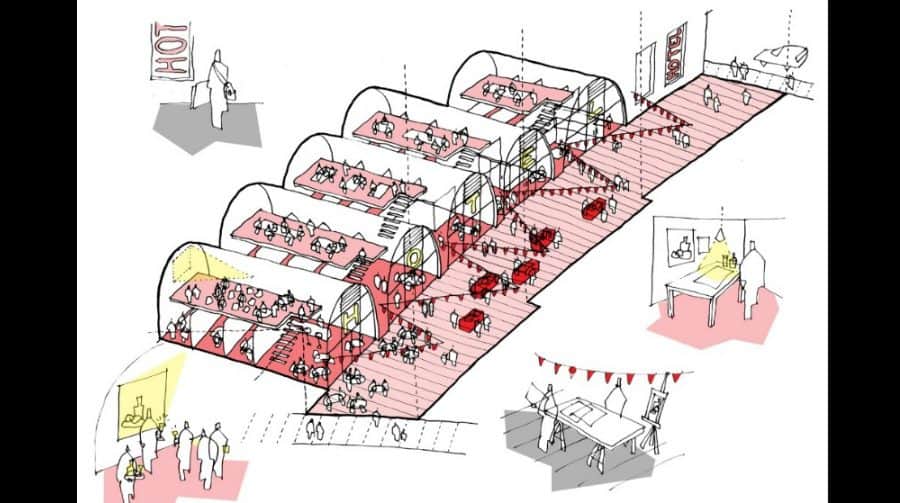 An arts and enterprise company has teamed up with Southwark Council to propose a new artists’ and micro-businesses destination in SE1, to be called Spare Street.

The “creative enterprise zone” has been planned by not-for-profit company Hotel Elephant, to connect Steedman Street and Hampton Street, off Walworth Road.

Their aim is to carve out 8,750 sq ft of workspace in five railways arches, providing room for up to 100 budding artists and entrepreneurs.

Reuben Powell, director of Hotel Elephant, said: “Hotel Elephant’s permanent home enables us to build on the success of our previous projects.

“Our mission is to establish Spare Street as a destination which celebrates and encourages creative enterprise and artistic production in Southwark.”

The Spare Street name was inspired by the story of local artist Austin Osman Spare who lived, worked and exhibited in the area before his death in 1956.

The use of disused railway arches has been backed by Network Rail, with funding secured from the Mayor of London’s Regeneration Fund, with an Arts and Culture grant from the council.

The News reported that Southwark Council was taking steps with a new strategy to convert the borough’s disused railway arches on June 9. Councillor Mark Williams, cabinet member for regeneration and new homes, has now said the strategy has drawn inspiration from New York’s High Line attraction.

Cllr Williams said: “We want to unlock hundreds of railway arches in Southwark with new shops, cafés, artist studios and cultural spaces with new high quality public realm for our residents and visitors to enjoy. Spare Street is the first section of the ‘Low Line’.

“We will continue this work across Walworth, The Elephant, Bankside, Bermondsey and Peckham.”

The public will have its first chance to view the plans at Spare Street on Friday between 5pm and 10pm.