The work on the station is meant to be joint-funded by TfL, Lendlease and Delancey but Tfl's finances have taken a major hit from the pandemic 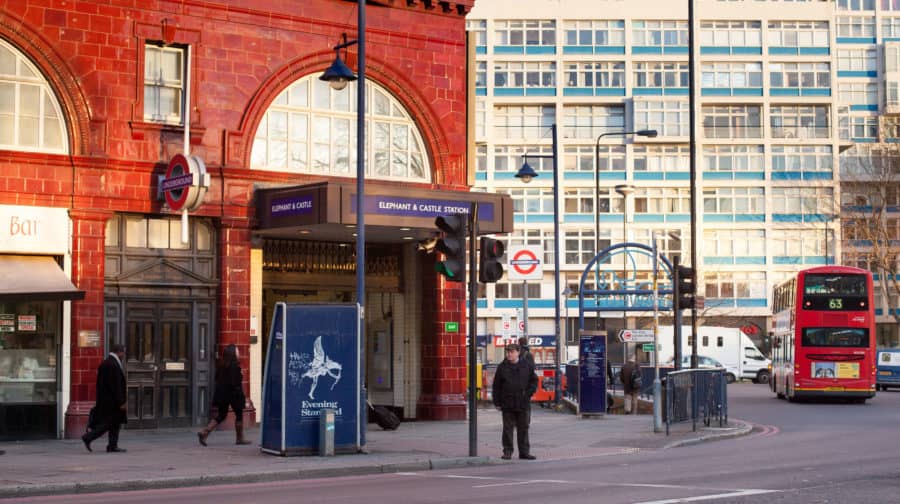 The redevelopment of Elephant & Castle tube station could be under threat from government short-term planning, Transport for London (TfL) has said.

The work on the station is meant to be joint-funded by TfL, Lendlease and Delancey, the companies redeveloping the surrounding area. Works would include new escalators as well as lifts, and make it easier to get from the Northern line to the Bakerloo line.

But TfL’s finances have taken a hit from the pandemic, with many fewer people using public transport. The agency relies on fares for 80% of its income – in contrast with public transport operators in other big cities around the world, which often get a much higher proportion of government money.

TfL was bailed out last year and given another funding deal in March 2021. Its next government deal is due to be agreed by next Friday (May 28), after an extension was agreed to the original deadline of May 18. But the agency’s finance chief said the short-term deals are hindering TfL’ ability to plan.

“The biggest issue we face with a very short-term [thinking] is our ability to enter into long-term contracts and make those commitments,” Simon Kilonback told TfL’s programmes and investment committee on Wednesday (May 19). “In order to deliver both our services and our capital programmes in an efficient and effective way, which is what is stipulated in our [government] funding agreements… we need the stability and certainty of funding like other public agencies”.

He added that works that need major investment are being put on hold because TfL has to prioritise the day-to-day running of the network.

“If we continue to get a succession of short-term deals, some really strategic and important investments like the Elephant & Castle station redevelopment will simply become extremely difficult for TfL to take forward,” he said.

“It’s a significant multi-year commitment, with a huge amount of money being put forward by the developers and borough to help support this scheme.

“It is the right scheme to do. But unless we get that long-term certainty of funding, we are going to really struggle to be able to support these great schemes – which are really important for delivering housing and regeneration in that part of London.”

Tfl said in papers submitted ahead of the meeting that it is in discussions with the developers to delay its part of the funding until it has secured the money. Work is due to complete by 2030.