'Now we’re training buddies and go to the gym together. If she falls off the wagon, I encourage her to get back on and vice versa' 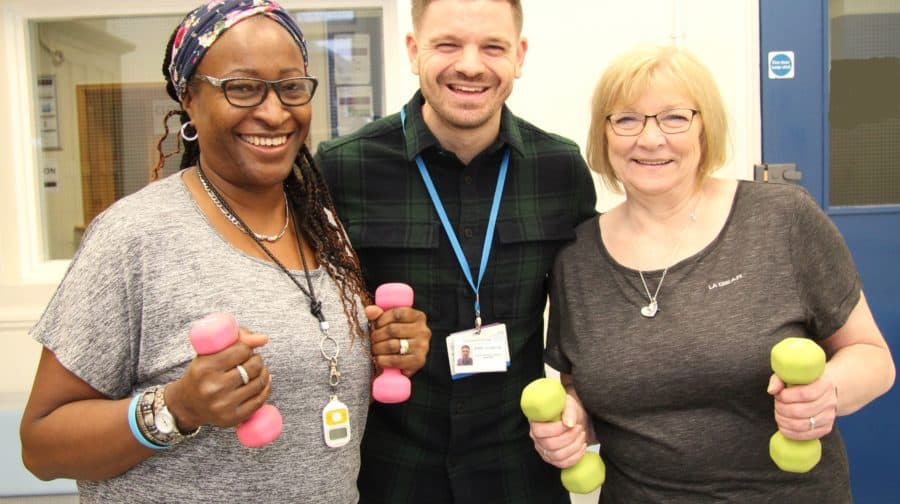 Two women from Southwark have told of losing three stone in 12 weeks and becoming life-long friends after meeting at a Guys’ and St Thomas’ weight loss programme.

The pair met on a course run by the NHS trust in Southwark for people referred by a GP.

It includes diet and nutrition workshops and an hour-long physical activity session, and offers discounted gym membership for people who complete the 12-week programme.

So far, around 18,000 people with obesity and other long-term conditions associated with being overweight have taken part since 2011.

It is hoped that those who join lose weight, get fit, feel happier and avoid being hospitalised in future.

Dawn Robinson-Fennell, aged 55, from East Dulwich was referred in March of this year due to her weight and anxiety struggles.

“I was sixteen stone and five-foot-six,” she says. “The weight had been creeping on for many years as I was doing night work and it was quicker to get fast food rather than to cook a meal. Sitting for long periods led to leg ulcers and irritable bowel syndrome.

“I also had chronic stress after giving up work to look after mum, who has dementia. “The classes with Bobby Ellington, the physical activity specialist at Guy’s and St Thomas’, are excellent.

“They give the right information so you can make healthy choices and it gives you a foundation to work from.

“You learn to keep a food diary and plan ahead for the food you will eat. I eat more veg and less of the fatty stuff now.

“And I’ve found a very good friend in Anne Davis, who also joined the course.

“Now we’re training buddies and go to the gym together.

“If she falls off the wagon, I encourage her to get back on and vice versa.”

Her new friend Anne Davis, 67, is a social worker from Peckham who started gaining weight after a difficult few years.

“I’d lost my husband unexpectedly in December 2017 and then mum and dad became ill.

“I started stagnating and eating too much and putting on the weight. I was fourteen stone at my heaviest.

“The classes are great as you are able to talk about why you are over-eating, what you can eat in moderation and do lots of different exercises like “the plank”.

“I’m quite excited as I’ve lost about a stone-and-a-half since August and four inches off my waistline.

“I’ve gone down a dress size! My mood is so much better and I’m not so breathless. I’m more energetic, go out for walks and do more things indoors like decorating the hall.