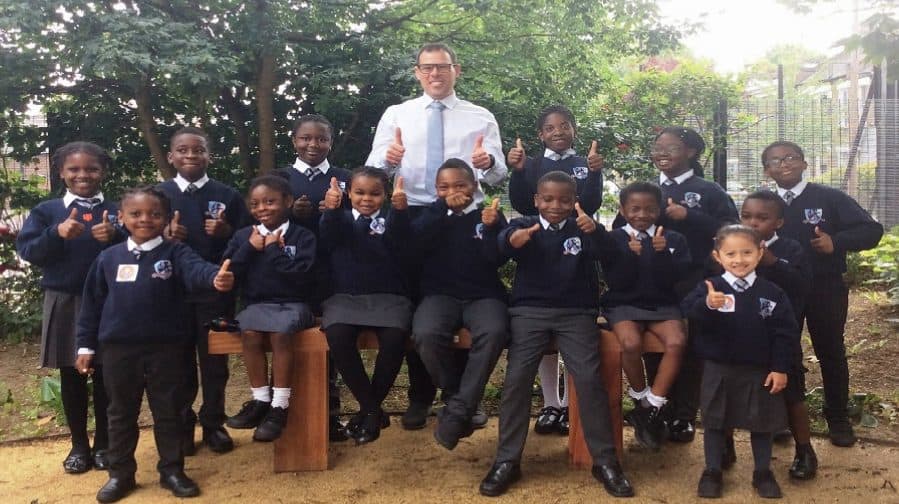 The school on Coleman Road has made significant improvements since an Ofsted report in 2016 said the school required improvement, citing weaknesses in leadership, teaching and outcomes for pupils.

But a change in management and some creative teaching approaches has helped the school now achieve the ‘good’ rating in every area, including pupil behaviour and achievements, and early years provision.

Inspectors also noted a classroom culture free from bullying, writing: “Kindness is important to pupils. They insist no one would ever be lonely in the playground because others would always look after them”, and diversity and inclusion was also fostered by a curriculum which “offers plenty of opportunities to challenge stereotypes”, such a science week when students learned about female and minority ethnic scientists.

Music teaching was described as ‘high-calibre’, with inspectors saying: “Pupils will be more than ready to play at the Royal Festival Hall later in the year.”

St George’s head teacher Andrew Rojas was appointed on a temporary basis in September 2017. In April 2018, his position was confirmed as permanent. He said: “I have been enormously impressed with so many aspects of the school since I arrived and it is wonderful to see these reflected in this report.

“I would also like to say a huge thank you to the whole team of staff and governors who have displayed a fantastic level of hard work, dedication and commitment in order to ensure that we provide the best possible opportunities for the children of St George’s C of E Primary School.

“We look forward to continuing to build on this very positive report and to ensure we continue to provide the very best possible education and care for your children, both now and in the future.”