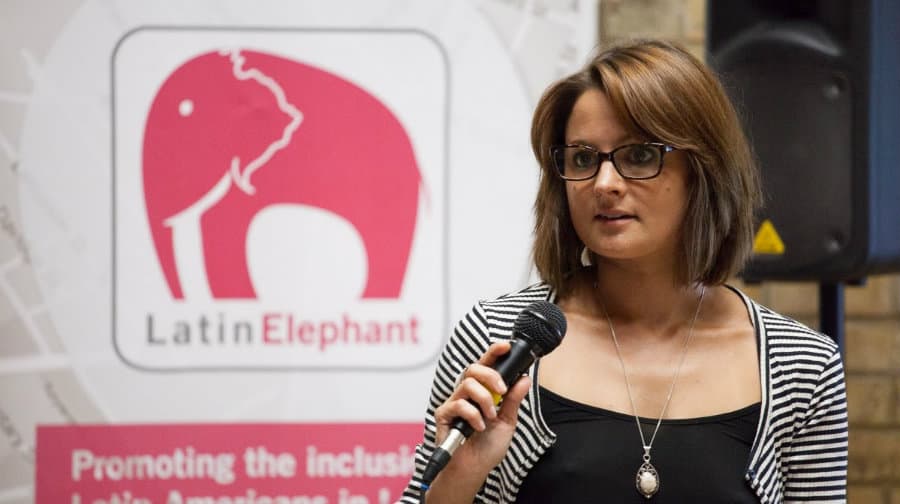 Plans for a new Latin Quarter to coincide with regeneration of the Elephant and Castle have earned the “full support” of Southwark Council.

Ideas for five projects in a newly-designated Latin American businesses zone were published in an academic paper ‘The case for London’s Latin Quarter: Retention, growth and sustainability’ on Monday.

The paper’s co-authors, Patria Román-Velázquez and Nicola Hill, lay out a “strategic community vision” for how the Elephant’s 96 Latin American businesses can contribute to the area’s revitalisation.

Among the five projects are a pedestrianised Latin Boulevard of shops to link Eagle’s Yard with Elephant Road with public realm improvements to smarten it up.

There is also suggestions for a Latin American market to draw inspiration from Brick Lane and Camden Market; new provision for community spaces with childcare facilities, youth programmes, and language and skills training. The fifth idea is to promote new Latin American events, public art works and murals.

Patria, who is chair of the Latin Elephant charity, said: “The time is now for London to act.

“In the case of the Latin Quarter at Elephant and Castle the risk of displacement and further isolation of Southwark’s small migrant and ethnic businesses is great, and could easily go undocumented.

“This is something that we see time and time again across London, as a consequence of urban change.

“This report sets a pathway to achieve best practice in the way key decision makers and local authorities engage with, account for and incorporate migrant and ethnic businesses and the local community in to wide-scale programmes of regeneration.”

After attending a launch event on Monday where the paper’s findings were showcased, Southwark Council’s cabinet member for regeneration and new homes, Mark Williams told the News: “It was a really positive meeting and I committed that we will formally recognise it as a Latin American area.

“I want to look at what support we can give them through the regeneration of the area and help them survive and grow through this change. Our role will be to work with Delancey and Lend Lease to have a retail strategy to accommodate them.”

That’s lovely, but you live in England now, so assimilate or piss off back to Latin America

y u so angry?
England is a multicultural country. Maybe it’s time you started accepting it. Ain’t nobody gonna change it now, are they?
Embrace our latin american friends. They have nice food.

No, England is England. English culture will be above all else, leaving the EU will be the start.

Your views are are so clouded, I am British but I was born in Colombia, I came to this country when I was 8 and one of the reason why Great Britain is one of the greatest places on earth to leave is because most British people embrace different cultures, as a British citizen, I can understand why many people feel they have been invaded by other cultures, but remember British History, You were a country that colonise and exploited many countries to the point were England became a superpower
in the 16th and 17th century, Time has change and your views are greatly respected but this is the real world, immigration has always been a part of history and no one can change that, I don’t know if you have children but as a parent with out many advantages people look for a better future, and I’m pretty sure if the England economy was to collapse, you would do your best to bring food to the table.I think your choice of words is very much out order..you wouldn’t say the same thing to the Jamaican community would you?

First of all foreigner, you can NEVER EVER be British. NEVER. Most of us DON’T “embrace” foreign culture, only the pathetic leftist minority cucked into thinking it benefits us. You are not one of us and never will be. Your screeching about our history is equally as pathetic as the cucked metropolitan metrosexual cowards aiding and abetting the destruction of our culture and country. Where did Columbia come from? The Spanish made the British Army look like the Salvation Army. You think my words are out of order? Heaven help you when the silent majority run out of words and start taking action. The Jamaicans are foreign too, they can go back with the others.

You think no one can change immigrant invasions? Good luck with that. There are 50,000,000 Indigenous English people, and at least 45,000,000 are quietly reaching boiling point.

You were a country . Shouldn’t that have been us a country

Sounds like a great idea. Not sure about the location though. I thought the arches in Elephant Road were going to be opened up to stop the awful east-west separation of Elephant created by the railway line. Wouldn’t it be better to find a way to move the shops around the Strata/Draper Estate? The only problem I can see is having a Polish restaurant (Mamuska) in the Latin Quarter 🙂