'The arrival of a baby should be the happiest time in a woman’s life, but for some women this is not the case' 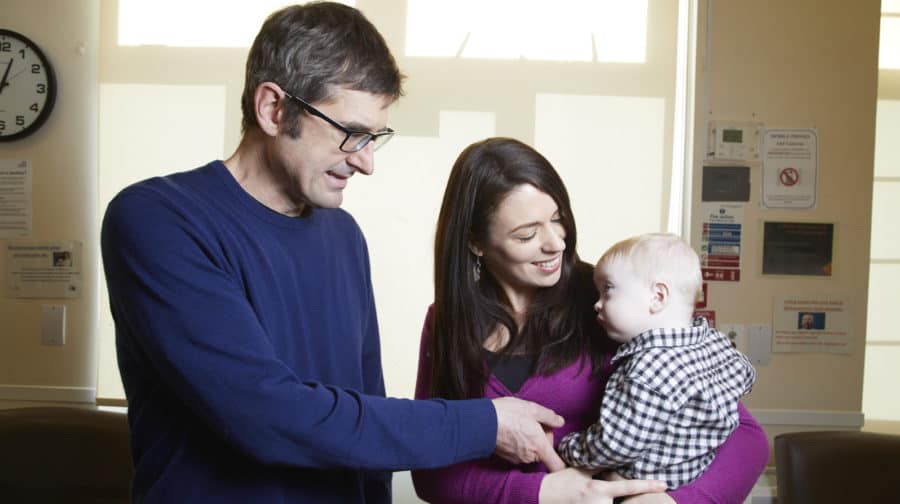 The latest documentary from Louis Theroux will see him follow the treatment and recovery of three women at Bethlem Royal Hospital who developed serious mental illnesses after giving birth.

In Louis Theroux: Mothers on the Edge, the BBC filmmaker visits the hospital’s mother and baby unit, part of the South London and Maudsley NHS Foundation Trust, to find out more about the causes of post-partum mental health crises, and how the hospital’s leading professionals are supporting their treatment.

“The arrival of a baby should be the happiest time in a woman’s life, but for some women this is not the case – our research shows that one in four women experience mental health problems during pregnancy or shortly after the baby is born,” said Dr Gertrude Seneviratne, who leads perinatal mental health services at the trust.

Deborah Griffin, who a clinical service lead from the mother and baby unit, praised the documentary’s approach and said she hoped it highlighted the impact of social media on new mums and their mental health.

“The crew were with us through some very challenging times and were extremely supportive to the team and the mums on the ward.

“The documentary is sensitively made and gives a rare, compassionate but enquiring insight into the world of perinatal mental health, the complexity of the difficulties that the women admitted to us are experiencing and highlights the impact of social media on the pressure women experience to be the perfect mother when they are struggling to manage.

“It also gives a message of hope, as we see our mums get better and return home with their babies.”

Mothers admitted to the unit are supported by psychiatrists, psychologists, mental health nurses, nursery nurses, midwives and other professionals. They can be given a range of therapies including medication.

In September last year, a 32-year-old new mum from Brixton told the News of her experience of post-partum psychosis, a little-known but very serious mental illness which affects a small percentage of women who have recently given birth.

A blog post detailing her experience, and the start of her recovery, went viral online with help from her best friend – the singer Adele – who encouraged mothers to share how they are feeling.

Posting on Instagram, she said:  “This is my best friend. We have been friends for more of our lives than we haven’t.

“She had my beautiful godson six months ago and it was the biggest challenge of her life in more ways than one.

“She has written the most intimate, witty, heart-breaking and articulate piece about her experience of becoming a new mum and being diagnosed with postpartum psychosis.

“Mamas talk about how you are feeling because in some cases it could save yours or someone else’s life.”

South London and Maudsley hospital trust is a leader in this field of treatment, with its mother and baby unit at Bethlem Royal Hospital one of the oldest in the UK.

On average, women stay here between eight and twelve weeks. while mothers receive treatment, they are also supported as they develop a relationship with their baby. Support is also given to their partner, as an key part of the mother and baby’s care.

A spokesperson says it is ‘on the cusp of radical advancements’, which could help prevent and treat mental health problems during pregnancy and post-partum.

An announcement about new plans to help pregnant women, children and young people is expected later this year.

Louis Theroux: Mothers On The Edge will air on BBC Two on May 12, at 9pm.