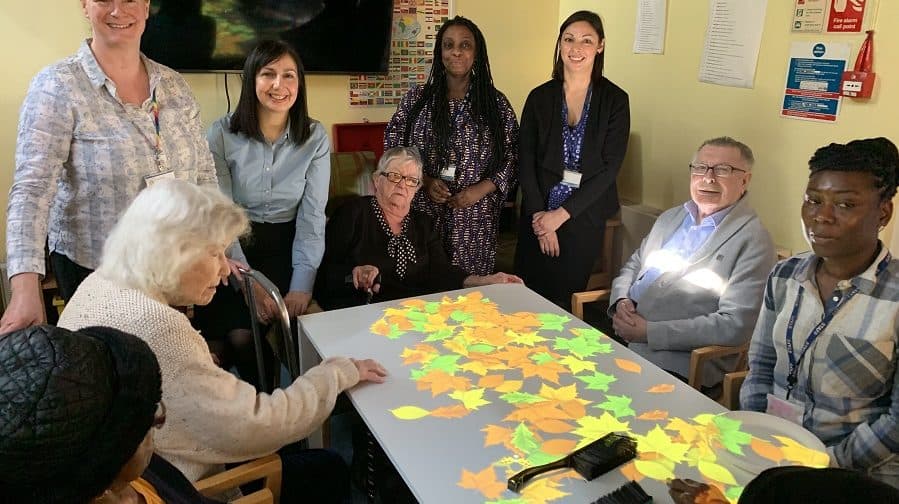 A day centre in Dulwich is the first in Southwark to get a new ‘magic table’ to help people with dementia.

Fred Francis Day Centre in Lordship Lane now has a Tovertafel, an interactive table-top game developed in the Netherlands. Its name loosely translates as ‘the magic table’.

The game is designed to help people in the mid to later stages of dementia relax and benefit from social and physical stimulation. There is no winning or losing, and no rules to remember, as the table lights up and responds to the player’s movements.

Councillor Jasmine Ali, Southwark Council’s cabinet member responsible for adult care, said: “This is a really fantastic piece of equipment that will bring a lot of enjoyment to visitors to the centre.

“The great thing about the Tovertafel is it brings people together to have fun while still being mentally stimulating. The Tovertafel really feels like the next generation of care.”

One in fourteen people over 65 years of age will develop dementia. As the UK’s population ages, the total number of people living with the condition will continue to rise.

Dementia is a group of related symptoms associated with the decline of brain functioning, which can include problems with memory loss, mental sharpness, language, understanding and difficulties carrying out day-to-day activities. Although there is no cure, it is diagnosed early its effects can be slowed down.