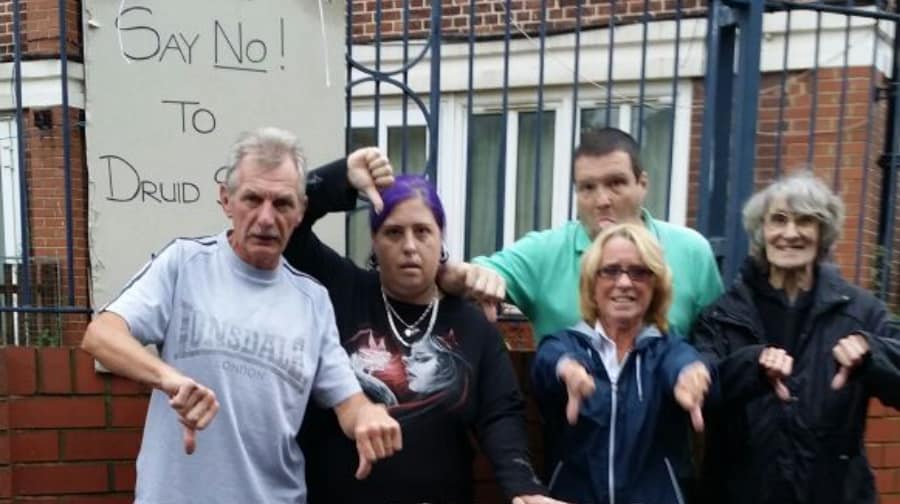 A group of Bermondsey residents claim their lives have been made a “living hell” by the newly-launched Druid Street Market and have urged the council to shut it down.

Arnold Estate residents living opposite the weekly gourmet bazaar have submitted a petition to the council complaining about noise, mess and anti-social behaviour.

Margaret Forrest, who has lived in the estate for 38 years, told the News that the situation was “a joke.”

She said: “It is noisy, dirty and inconvenient for residents. The street is packed with people who just stare at you if you try to drive through, and the mess has to be seen to be believed. There are overflowing bins left on our side of the road and rats everywhere. It’s disgusting.

“The noise is really bad. We work hard during the week and look forward to the weekend but now we don’t want to be here on a Saturday. If it’s sunny and you want to relax in the garden you can’t, because of the noise and the fuss.”

A large dead rat found in the estate, which residents attribute to the mess from the market.

She added that the situation was compounded by the nearby breweries, where many people stayed after the market’s 5pm closing time to drink in the street.

“Something needs to be done. The residents around here have had enough and we want the council and the people who run the market to start listening to us. We’ve lived here long enough and put up with enough problems around here and this is the final straw.”

A spokesperson for the market said that she was saddened by the protest, and emphasised its commitment to the Bermondsey community.

She said: “Everyone involved in the market, from the founder to the investors, are local people. We give priority to local producers and are appealing for even more Bermondsey people to get involved. If we could, it would be totally local.

“It is a shame because the aim of the market is to integrate with the community and highlight the people and food of the area.”

Councillor Darren Merrill, cabinet member for environment and the public realm, said: “Druid Street Market, one of the Council’s High Street Challenge funded projects, brings together businesses to boost the local economy for the benefit of residents and employers. While the market has only been opened for a few weeks, we have received complaints which we’re currently reviewing. We hope to work closely with local residents, businesses and the market to ensure the whole community benefits from this venture.”