Their decision was described by Southwark Lib Dems as 'very worrying.' 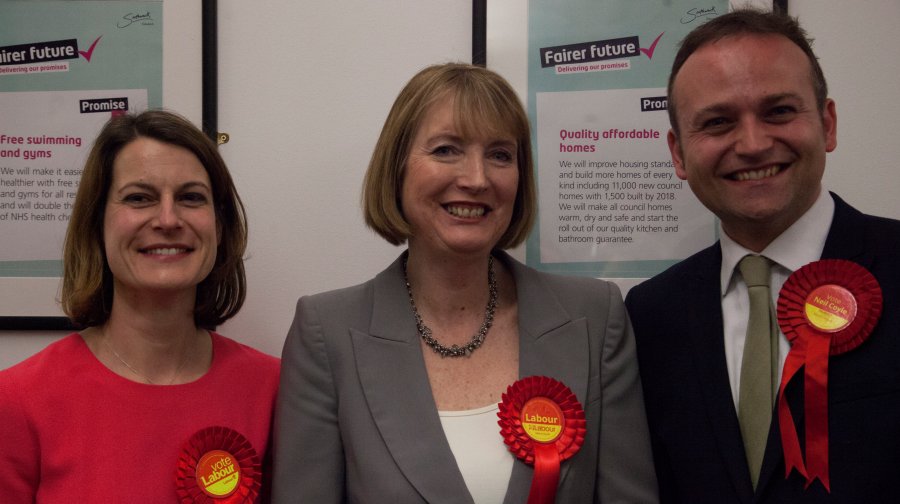 New MPs Neil Coyle and Helen Hayes have strenuously denied claims that they are short-changing their constituents by combining their new parliamentary duties with their council roles.

Their decision to take on dual-positions, which although not unheard of is uncommon, has been slammed by Councillor Anood Al-Samerai, leader of Southwark Lib Dems.

She told the News: “I am very worried that the new MPs seem to think it is possible to continue as councillors and doing what they are told by the Labour Leader of the Council.”

She expressed concern that the MPs’ party loyalty, as well as remaining under the control of council boss Peter John, would blunt their effectiveness as MPs – particularly when it comes to building affordable housing in the north of the borough.

She said: “Will the newly elected MP for the area oppose his council leader and demand the required number of affordable homes in every new development in his constituency?”

The concerns were immediately dismissed by Southwark Labour.

Ms Hayes said: “As a Dulwich and West Norwood councillor for the last five years, I have always championed the interests of constituents in the ward and have not been afraid to challenge the council where this has been appropriate. For example, along with other Dulwich colleagues, I opposed the decision to cut school crossing patrols in Dulwich Village, fought hard on behalf of leaseholders facing major works bills, and challenged officers on planning and transport issues at various times.”

Mr Coyle added that the refusal of Southwark Lib Dems to accept the will of the people ‘seems neither liberal nor democratic,’ and re-asserted his claim that he would he would continue to act as a ‘critical friend’ to the council.

Cllr John agreed and rejected the portrayal of Mr Hughes as someone who promoted affordable housing in Bermondsey and Old Southwark.

He said: “Cllr Al-Samerai seems to think Simon Hughes campaigned for affordable housing, but in reality he backed development with next to no affordable housing which the council opposed. This Labour council delivered a record number of new affordable homes last year and over 70% of these were in the north of the borough.”

Both MPs will not be accepting their council allowance this year. It will instead be kept within the council’s budget to provide services for local people.

Yes, I agree this time with the LibDems, how can you balance your life as an MP and Councillor, silly me for thinking that you had to resign your Councillor’s post to be an MP. How will you have time to cover both posts as they’re both demanding in their nature, or is this another 2-fingered policy to the people of Southwark? Boris had to resign as MP for Henley in Oxfordshire to be the Clown of London (Mayor of Outer London), will he resign his Mayoral post to be the MP for Uxbridge? Let’s see at 2016 election, another farce like this one?