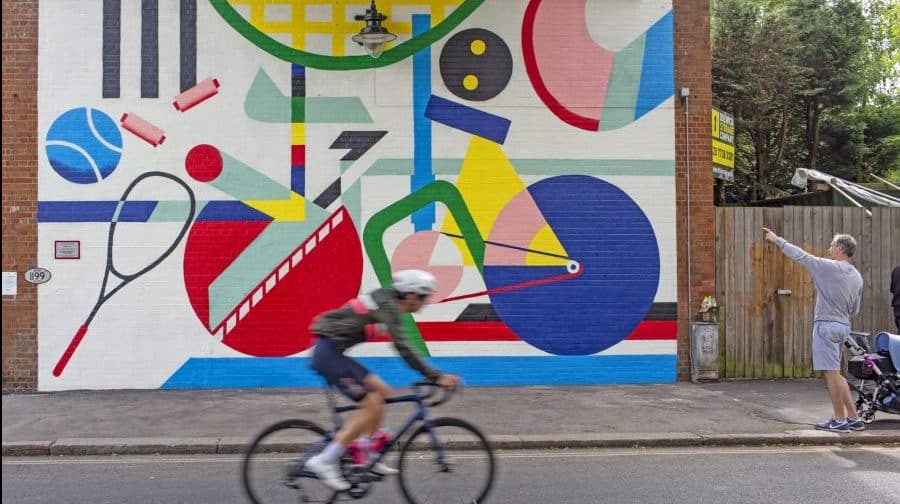 Painted by Lionel Stanhope and designed by Katrina Russell-Adams, the image references croquet, cricket, squash, tennis and hockey – all sports based in the railway arches at Dulwich Sports Club.

He is best known for coaching 1921 Paris Olympian and 100-metre gold medallist Harold Abrahams, a victory immortalised in the 1981 film Chariots of Fire.

The mural was commissioned by Network Rail and Dulwich Sports Club, and unveiled during the annual Dulwich Festival – this year held online.

It comes a year after Stanhope completed a mural on the opposite side of the road, celebrating Shakespearean actor Richard Burbage.

Stanhope said: “It’s always good to work with Network Rail on these murals, they’re so big and make such a massive difference to the places I’m working in.

“I get such great feedback from people when I’m painting them, just people walking past.”