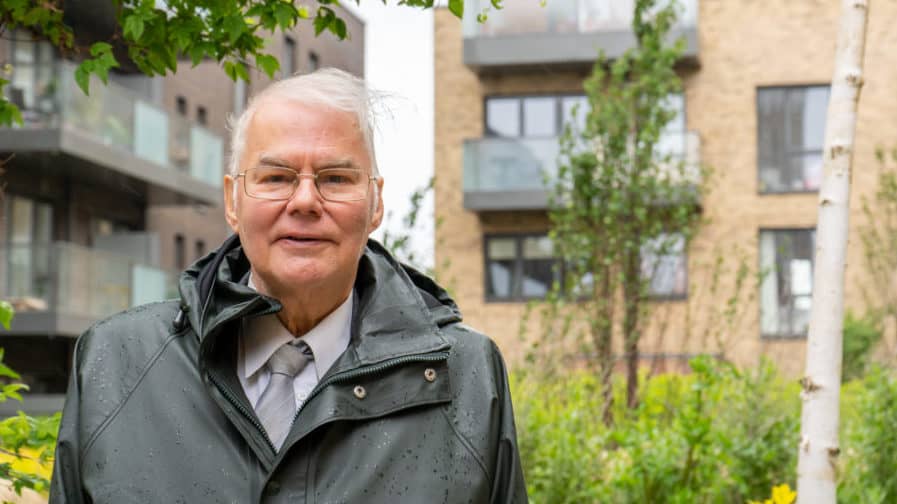 A new building in Peckham’s Wooddene Estate has been named in honour of local historian John Beasley.

Peckham Place’s Beasley House is part of the regeneration of the 1960s estate, led by Notting Hill Genesis and Higgins Partnership.

They chose to name the new building after John in recognition of his huge contribution to Peckham over the last few decades.

Alongside being the author of many Southwark history books including Camberwell Through Time; East Dulwich Remembered; and Origin of Place Names in Peckham and Nunhead, former social worker John has spent 28 years as editor of Peckham Society News.

Regular readers will know that the 81-year-old has also featured many times in this newspaper over the years, whether advocating for the community in our letters page, sharing his historical research, or backing numerous local campaigns.

In the 1990s he was recognised for his work by the borough’s mayor, who gave him the Freedom of Southwark.

Last Friday, May 21, 81-year-old John visited the new block in person with his son Michael and daughter Kathryn Chapman, saying he was deeply touched by the gesture. 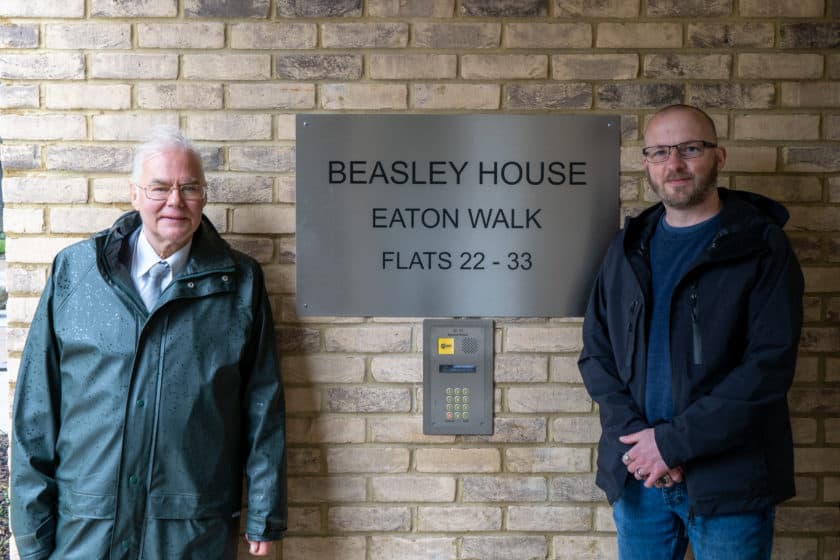 John with his son Michael

Michael, who describes his father as “one in a million”, said: “We are immensely proud of all that Dad has achieved in the borough since moving to London in 1960 and delighted that his contribution to Peckham in particular has been recognised in this way.

“It is an amazing honour, for a remarkable man.”

The £70 million regeneration has created a new energy centre to serve the 333 new homes, 54 of which are for social rent, 78 private sale and 201 shared ownership.

Peckham Place also has new community facilities, retail space, landscaping and open green space with private and communal garden areas and a community pocket park, with its own cycle lanes.

Murray Maunder, project director for Higgins Partnerships, said: “It was wonderful to meet John and his family and show him around the development.

“John has been an important part of the Peckham community and it is great to be able to mark his commitment to the area in this way.”

Notting Hill Genesis’ senior project manager Mark Walford added: “We are committed to honouring important figures in Southwark’s history as part of our development programme here and none more so than John Beasley, who has done so much to capture the borough’s past, is now being celebrated in the present and will continue to be remembered in the future.

“It was an honour to meet John and his family, to discuss their experiences and memories of the area and show them around a development that we are so very proud of.

“We feel it is a fitting tribute to a significant figure in Southwark’s history.”