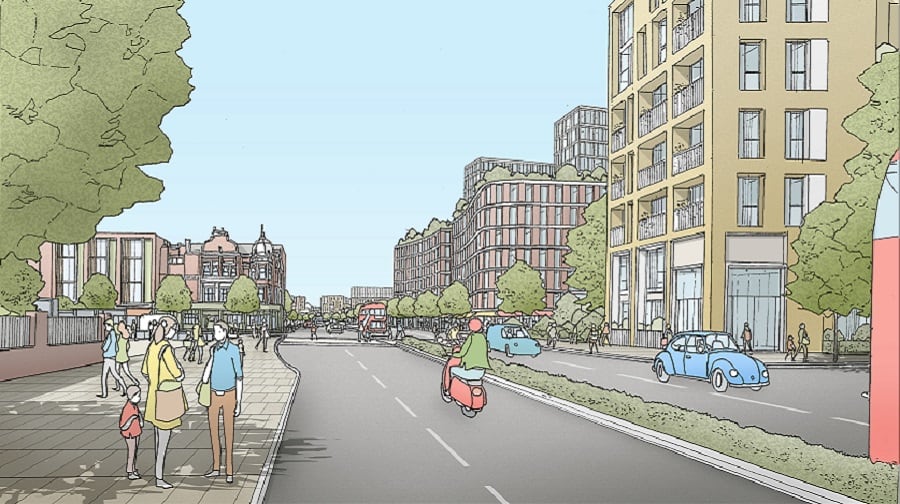 A local lettings scheme is also proposed, which would secure a percentage of social affordable homes for local residents as well as prioritising key workers such as nurses and teachers.

Masterplans on an area-by-area basis have also been included, setting out type, scale and location of new homes, businesses, schools and other amenities.

A third Bakerloo line extension at Bricklayer’s Arms has also been identified in the plan but the council has stressed that this would be a ‘preferred option’ rather than a fixed outcome.

The revised plans are an update on the original document consulted on last summer and retain some features, including the promise of 10,000 jobs and a total of 20,000 new homes.

Some businesses and residents along the Old Kent Road have been critical of the council’s consultation processes, including Mark Brearley of Kaymet London Limited.

He attended the council’s action plan launch event last week to criticise them for not communicating with businesses over their future and for allowing consultants to ‘plan in private.’

He said that while the revised plan was a step in the new direction, there was a long way to go.

He told the News:  “They could be running workshops for specific areas. For people, these planning documents are baffling and meaningless and difficult to understand.

“We are nervous and we want a proper ongoing discussion to help with a difficult process.”

Mark said that some businesses have already left the area in anticipation of eviction or hiked rents and some landlords have begun evicted businesses having sold their site to developers.

Cllr Peter John, leader of the council, said:  “I was very pleased at the launch event last week when Mark agreed the current version of the Old Kent Road Area Action Plan is a big step in the right direction, and I would like to reiterate our commitment to making sure local businesses are benefitting as much from this redevelopment as anyone else in the area.”

Other Old Kent Road business owners say they have had a good experience so far. James Glancy, Director of James Glancy Designs, said: “In our opinion the council engaged very early on three years ago and have been supporting our desire to be a part of the AAP in so far as our aim is to develop the site and return with our business.

“We have had many meetings and an excellent exchange of information.”

Cllr John added: “We know we need to be ambitious if we want to meet the need for more housing in London, whilst at the same time increasing employment opportunities and designing new neighbourhoods that deliver new open spaces, community facilities, improvements to air quality and a shift to sustainable travel like walking and cycling.

Residents have until March 21 2018 to comment on the updated plans. Go to: www.southwark.gov.uk

One of Southwark’s hopes for the Old Kent Road Area Action Plan is to secure a tube station at Bricklayers Arms as part of the Bakerloo Line extension.

If TfL agreed, the council would look at demolishing the flyover and getting rid of the roundabout,  replacing it with a junction.

Currently, TfL say that that the junction is not suitable as there is insufficient land to allow for construction.