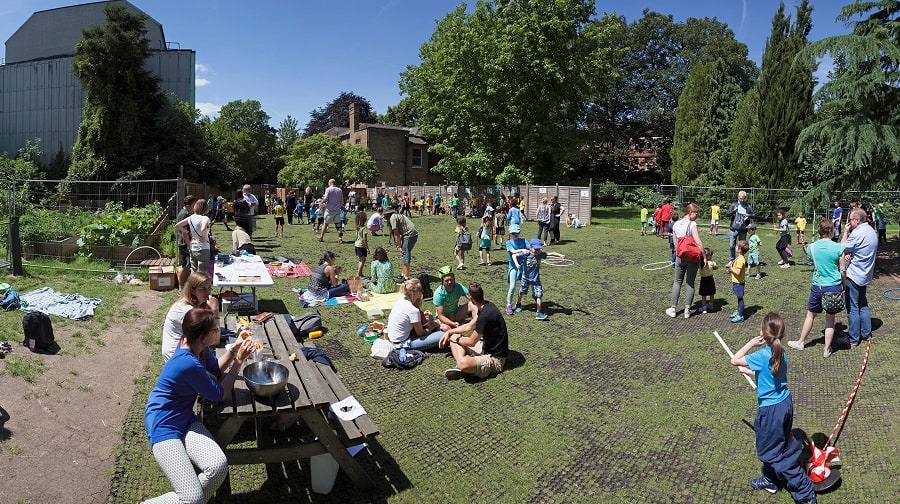 New plans to build an almshouse over the playing fields of Judith Kerr Primary School have been submitted by the Dulwich Estate charity.

Parents and residents in Herne Hill have been campaigning for over a year against the charity’s plans to build on the school’s grounds in Half Moon Lane.

But the centuries-old charity is also the school’s landlord, and says it needs to replace its current almshouse in Gallery Road.

Catrin Waugh, chair of the Dulwich Almshouse Charity trustees (a subdivision of the Dulwich Estate), said its planning application “will be put out to consultation by Southwark Council shortly”.

“[The scheme] will provide 20 warden-assisted flats for those over the age of 60 and in need of housing” Catrin said.

“The proposal also includes a communal meeting room which will enable the Dulwich Almshouse Charity to further its outreach activity in the area by arranging social and other events in order to alleviate isolation amongst the elderly.”

Parents recently scored a small victory when Southwark Council approved their own application for Judith Kerr’s field to be given protection from developments.

One parent from the school, Katherine Leopold, said: “The Dulwich Estate is an extensive landowner. We are asking them not develop this site and safeguard our children’s right to play, exercise, and learn outside. As an educational charity The Dulwich Estate know how important this is”.

The Dulwich Estate responded saying it “has no other land available on which to site an almshouse” and that the council’s earlier decision “may subsequently be open to challenge”.

The parents’ have also been supported by Dulwich and West Norwood MP, Helen Hayes, who said: “It very much reflects the views of the community that the school should keep its access to the play space, and it should be secured for the long term.”

To comment on the planning application, go online and search “planbuild.southwark.gov.uk:8190/online-applications” and use the planning reference number 17/AP/0118.