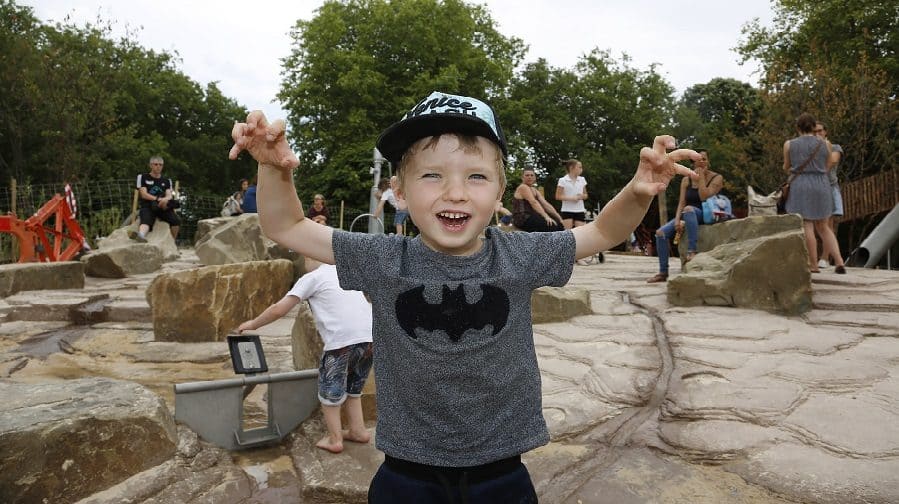 A new kids play area opened in Peckham Rye Park this week, complete with a water zone ideal for splashing around in during the heatwave.

Councillor Rebecca Lury, cabinet member for culture, leisure, equalities and communities, was joined by ward councillors Victoria Mills and Renata Hamvas, and friends of Peckham Rye Park on Monday, at the grand opening.

The new play area is designed for children of all ages and was inspired by the Olympic Park’s Tumbling Bay Playground.

The new water play feature has hand pumps which help water flow through streams and dams kids can play in.

There is also a push button water spray, a sand pit with little diggers, a big climbing frame with tunnel slides and different types of swings – and comfy seats for parents and carers.

Southwark Council says it has invested more than four million into improving the park and common with support from local groups- including a children’s playroom, new football changing rooms, and a new car park.

Cllr Lury said: “The energy and enthusiasm that the creation of this play area has inspired in local people, has helped us to deliver a truly unique and spectacular facility that I hope will bring joy and excitement to children in the area for years to come.

“This is a great achievement, for everyone involved.”