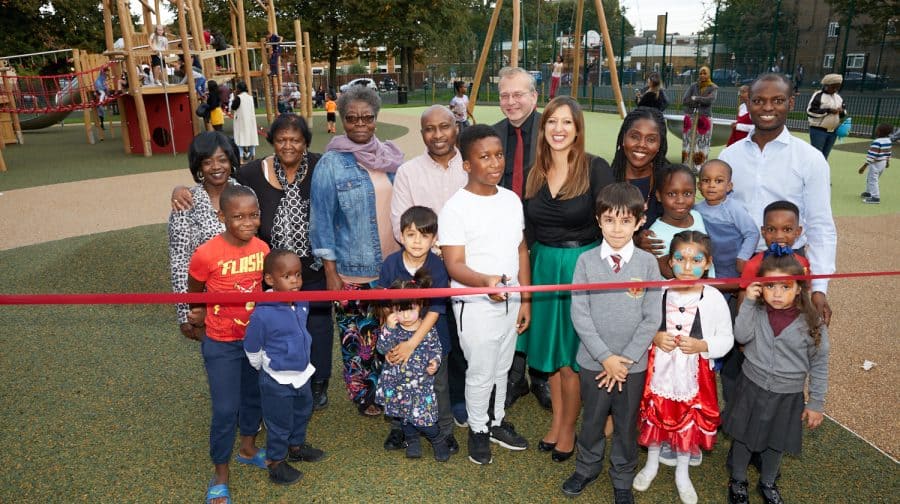 A new play area has been opened in an area which was once the favourite spot of a young Rio Ferdinand.

A new playground was unveiled yesterday in Leyton Square, Peckham, which is enclosed by the Friary housing estate.

Among the new equipment are cradle swings and a crocodile rocker for the under-fives, with an elevated timber trail with an interlinked climbing frame for older kids.

An outdoor gym and a newly-resurfaced outdoor games area have also been included.

Cllr Rebecca Lury, Cabinet Member for culture, leisure, equalities and communities, said: “It is lovely to see children having fun with the brand new play equipment in Leyton Square.

“I’m delighted that the council’s investment has secured the future of play here for generations to come.”

The play area is the fourth opened by the council this summer, with Cllr Lury joining children to celebrate the park’s opening.

The new facilities were unveiled with a bouncy castle, games and cake, but Leyton Square was first opened to the public in 1901.

Local families and children were consulted through-out 2017 on their ideas for the park before it was unveiled yesterday.