New: Police launch urgent appeal for convicted murderer on the run in London

Members of the public are asked not to approach William Kerr, but call 999 immediately 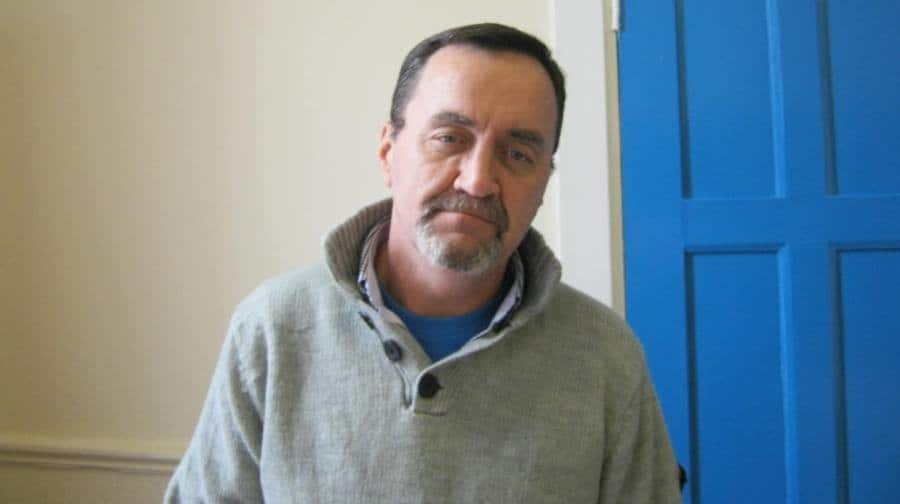 The police are urgently hunting a convicted murderer who thought to be on the run in London.

A photo of William Kerr, 53, has been released by North Yorkshire Police, who say he needs to be arrested and returned to prison as a matter of urgency.

Kerr, who speaks with a Scottish accent, is wanted for emergency recall to prison after he was released on license in January.

Kerr was jailed for life for murder at Leeds Crown Court in 1998 and is now a wanted man again after he absconded from approved premises in Hull.

If members of the public see Kerr, they are asked not to approach him but instead to call the police immediately on 999.

Detective Inspector Eamonn Clarke, of North Yorkshire Police, said: “To assist our already extensive efforts to trace William Kerr, I am urging people to keep an eye out for the man in the photographs.

We believe he is now in the London area and he may be trying to book into a hostel or other accommodation using a false name as he has done previously.

“We ask that you do not approach Kerr, as he is considered dangerous. You should contact the police straight away on 999 and officers will be dispatched to arrest him or investigate the sighting.”

DI Clarke is also appealing directly to Kerr: “William, you know you have breached your licence conditions, and by continuing to do so you are only making things worse. It is now time to do the right thing and hand yourself in to the police.”

If you have seen William Kerr or have information about his current whereabouts, please dial 999 and pass details to North Yorkshire Police stating the “William Kerr appeal”.

If you would prefer to remain anonymous, please contact Crimestoppers on 0800 555 111, quoting North Yorkshire Police reference number 12150049525 and say it is “urgent”.