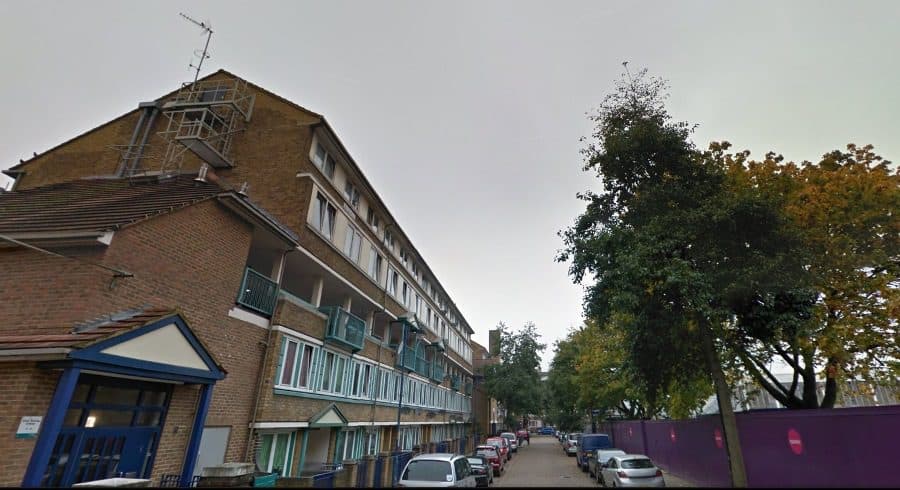 East Surrey Grove in Peckham where a 20-year-old man was shot and stabbed to death on Tuesday night. Image: Google Street View

Police are appealing for witnesses who may have seen two people fleeing the scene of Tuesday’s murder in Peckham.

Officers are especially keen to speak to the driver of a car who was travelling down Rosemary Road at around 10.30pm and would have seen two people running in the opposite direction.

A murder investigation was launched after a 20-year-old local man was shot and stabbed at East Surrey Grove.

Police were called to reports of shots fired and on arrival at the scene, found the victim in a critical condition.

First Aid was administered before the London Ambulance Service arrived on the scene and took the man to a central London hospital.

He was pronounced dead shortly after arrival at 11.30pm after sustaining fatal gunshot and stab wounds.

Officers believe they know who the victim is and have informed the family, though no formal identification has yet taken place.

A post-mortem examination is due to take place at Greenwich Mortuary today.

Detective Chief Inspector Will Reynolds of the Homicide and Major Crime Command, who is leading the investigation, said: DCI Reynolds said: “We believe that the victim was making his way into the estate by pedal cycle when he was confronted by two people who have shot him, stabbed him and left the scene on foot towards Sumner Road via a cut through from Cator Road.

“The two people then ran onto Rosemary Road. We are keen to particularly keen to speak to the driver of a car who was driving down Rosemary Road at approximately 22:30 hrs on Tuesday evening and would have seen two people running up Rosemary Road in the opposite direction.

“We also know that local residents heard the shots and we are keen to speak with anyone who either witnessed the incident itself or saw the suspects fleeing the scene.”