Jubilee Line: New priority seating unveiled as commuters feel ‘too awkward’ to give up seats 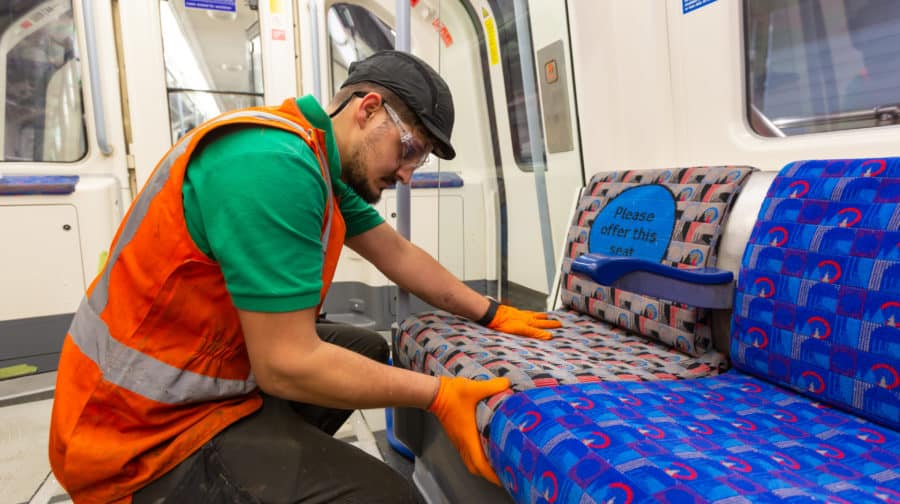 New priority seating has been unveiled on the Jubilee Line this week by transport bosses, in a bid to encourage commuters to give up their seat to those in need.

As part of the ‘Priority Seating Week’, new designs for the seats will begin to appear on the line with six different messages including “please offer this seat” and “someone may need this seat more.”

It comes as a survey commissioned by the quango reveals that nearly a quarter of Londoners feel too awkward to offer up their seat – while almost a third believe that you only need to give up your seat if sitting in a priority area.

Heidi Alexander, Deputy Mayor for Transport, said: “It’s vital that we make our transport network accessible to all Londoners and visitors, so I’m really pleased that distinctive new priority seats are being rolled out on the Jubilee line.”

The designs will be fully rolled out in the coming months but will begin appearing from this week. The move has been welcomed by charities working around disability and mental health.

“Anxiety disorders often cause those living with these conditions huge challenges around travel so is it is extremely pleasing to see TfL making this an important priority for its customers,” said Nicky Lidbetter, Chief Executive of Anxiety UK.

The week also marks the second anniversary of ‘Please offer me a seat’ badges.

More than 44,000 have been given away to disabled passengers since the scheme’s launch in 2017.

Southwark NewsNewsJubilee Line: New priority seating unveiled as commuters feel ‘too awkward’ to give up seats