Group was funded by Guy's and St Thomas' charity 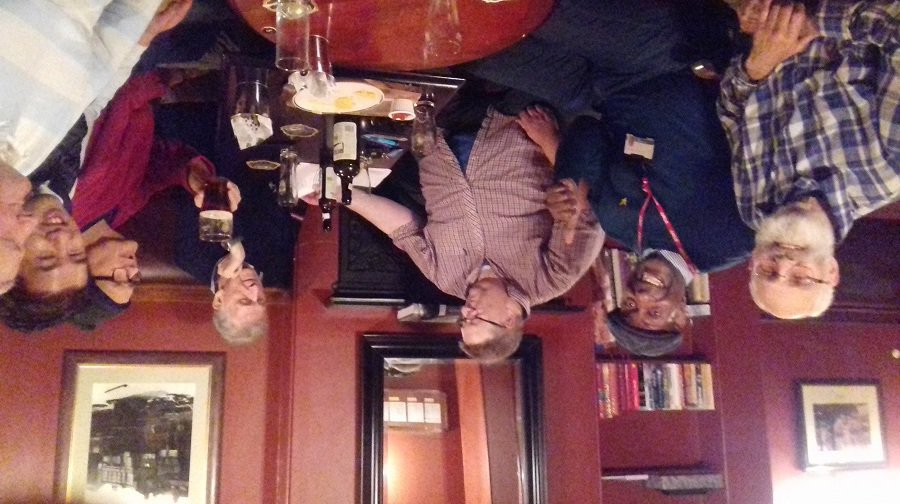 A new club for men aged over 55 has been set up – all based in the pub, Kirsty Purnell writes…

Like its almost-namesake, Fight Club, the local men’s club is all about keeping things simple and straightforward. Pub. Darts. Football. Chat. And a free half a lager for those who are new to the group.

The aim of Pub Club is to tackle isolation among older men but the project, by Rotherhithe-based charity Time & Talents (T&T), is doing things differently by bringing the traditional “social group” into a setting which is more familiar to people.

“It’s not like your usual social group which may take place in somewhere like a community centre,” said T&T Director Alex. “It’s in a pub and it feels really normal.”

“The whole idea is you come along and do exactly what you’d do anytime you go to the pub,” he said. “Everybody is there because they want to spend time with other people. It’s very welcoming and informal.”

Funded by Guy’s & St Thomas’ Charity, regulars to the group can also benefit from the knowledge of “health people” who also pop into sessions for a pint from time to time. “The health workers actually come along for a drink and a chat, so it’s relaxed,” said Alex. “They’re not there to give people a lecture on health issues.”

The group meets every Tuesday and currently alternates between The Ship in Bermondsey and The Angel in Rotherithe but organiser Jeff Parkinson says that they’re looking to expand to other pubs in 2017.

“Men of a certain age can be at risk of starting to retreat from the world a bit,” said Jeff. “We’re trying to counter that and get people into an environment where they feel comfortable.”

While Pub Club is all about keeping things light, the driving factor behind the project is very serious. Age UK research indicates that 1.2million older people in the UK are chronically lonely. Aside from the obvious emotional impact of this, studies have also indicated that isolation is linked to poor health. Pub Club aims to counter both ills.

“Come along and see us,” said Jeff. “We’re very friendly.”

People interested in a pint and packet of pork scratchings on a Tuesday evening can contact Jeff on 0207 232 5666.