Bar is from the team behind Kanpai Brewery 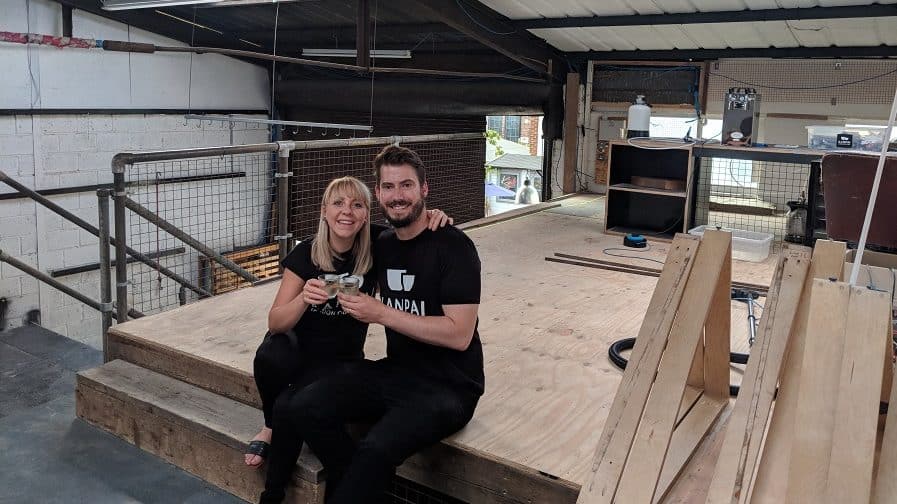 A sake brewery will  launch its own bar in Peckham next month, writes Siva Thangarajah…

Kanpai Brewery is expanding operations and plans to open a sake tap-room in Copeland Park at the Peckham Festival in September.

It was launched last year by local couple Tom and Lucy, who live in Peckham, they fell in love with the Japanese alcohol after a holiday there.

Sake is made from fermented rice wine and is enjoyed by itself in small quantities, or in cocktails.

After the success of their brews – with their products selling in Selfridges last year– the couple are now in the process of opening their own bar.

Tom and Lucy said they’ve enjoyed growing the business together, telling the News: “Kanpai Sake is our baby!

“We’ve ploughed all of our love, time, energy – and money – into it over the last two years, and now we’re so proud to see it flourishing and growing.

“There have been a lot of tough times and learnings along the road, but we love being on this journey together, and can’t wait to build our new family home at Copeland Park and welcome everybody!”

With work underway for the bar, they’ve started a new fundraiser to kick-start their new venture at www.crowdfunder.co.uk/kanpaibrewery