The new theatre will be the first of its size to open in 40 years and will be set in the heart of the swish One Tower Bridge development. 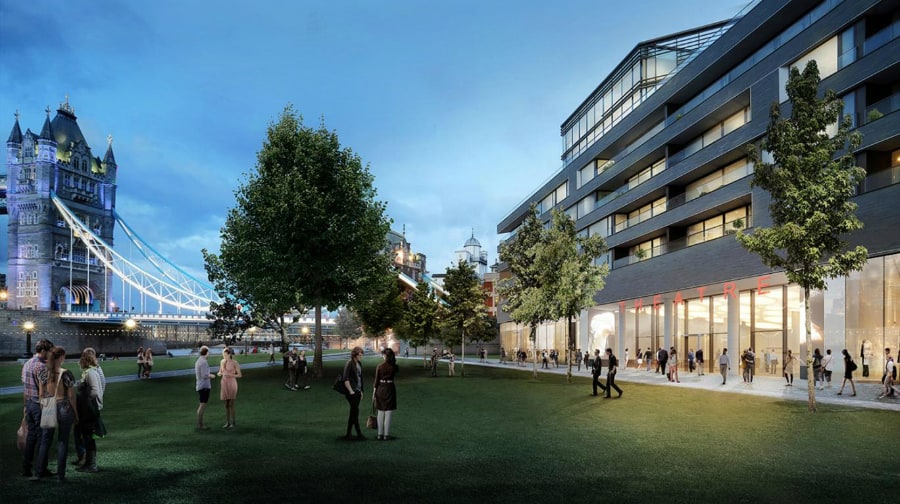 Two theatre legends are set to open a new 900-seat venue by Tower Bridge, helping to create a “Covent Garden of the south bank.”

The new theatre will be the first of its size to open in 40 years and will be set in the heart of the swish One Tower Bridge development.

It will be founded by Sir Nicholas Hytner and Nick Starr, known as ‘the two Nicks’ in the theatre business. The pair ran the National Theatre for over a decade and will base their new London Theatre Company at the site.

In a statement, the duo, described by Mayor of London Boris Johnson as “two of the most respected names in British theatre”, said: “While London is fortunate in its heritage of Victorian and Edwardian theatres, relatively few new theatres of scale have been built in London in the last hundred years.

“It feels like the time is right for a new theatre that answers the needs of contemporary theatre-makers and audiences, and which will be the home to our new independent producing company.”

With the heart of London’s theatre scene firmly located in the West End, this development signals a brave shift south of the river. Tom Pidgely, chairman of developers Berkeley Group, said that he hopes the London Bridge area will become the “Covent Garden of the south bank.”

He added: “After several false-starts, Berkeley is delighted to be able to deliver the world-class cultural facility envisioned by Southwark Council.”

“This is the next big step for the London Bridge area – London’s newest and most exciting theatre, run by a theatre director and producer of real pedigree in Nicholas Hytner and Nick Starr.”

The new theatre will open in early 2017 and is expected to put on around four shows a year, predominately showcasing new writing.