She is now being hand reared 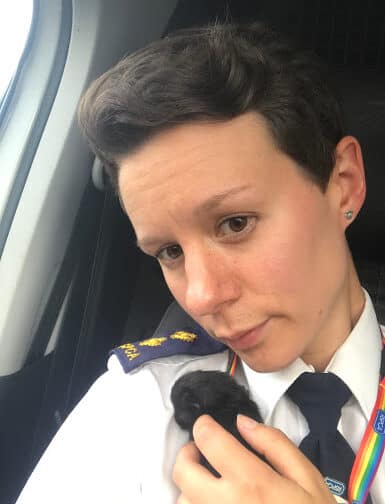 A newborn kitten found alone in a garden in a Nunhead with her umbilical cord still attached has been rescued by the RSPCA. The animal was found in an Evelina Road garden on Monday (August 17) at no more than a day or two old.

After realising the mum was not coming back they called the RSPCA for help.

Inspector Harriet Daliday rescued the tiny kitten and took her to an animal hospital in north London where she will been hand reared until she is old enough to be rehomed.

She has now been named Eve, after the road where she was found.

Harriet said: When I arrived she was pretty cold and I was really worried about her core temperature dropping significantly.

“Young kittens usually rely on the warmth of their mum but this little kitten only had me, so I popped her inside my shirt and buttoned it back up again so she could warm up in there.

“It’s quite a long journey to the hospital and I didn’t want to lose her on the journey.

“When we arrived at RSPCA Harmsworth Animal Hospital she was put straight on a wrapped-up hot water bottle to warm up.”

May to September is a busy time for the RSPCA as it is the season when most litters are born, with an influx of cats coming into rescue centres.

“We have no idea who or where her mum is or if her mum was owned, but it’s more likely that her mum was a stray cat who lost one of her kittens whilst moving them and poor Eve was left behind,” Harriet added.

The charity encourages all cat owners to neuter their pets from four months.