'I didn’t believe it at first' 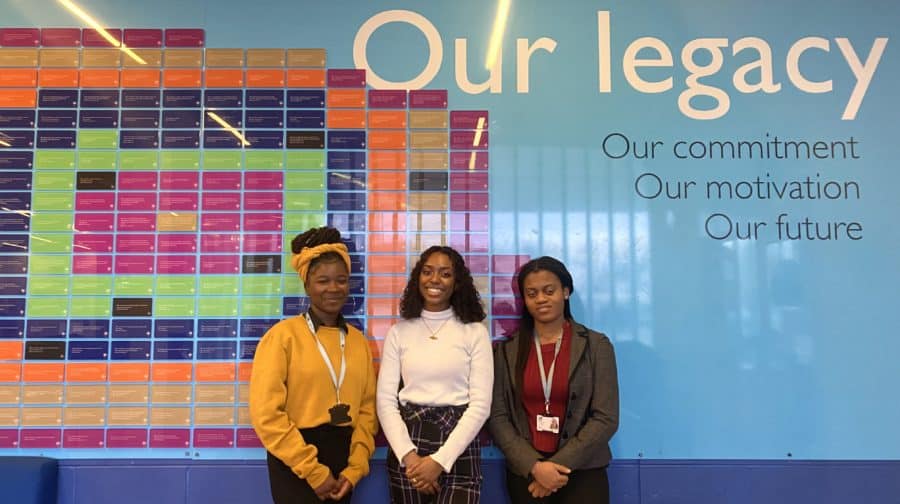 Three young women from Ark Globe Academy have received Oxbridge offers – and now just have to get the grades to guarantee their places.

A Level students Olamide Taiwo, Lauren Lopez, and Kirsten Martey-Botchway all received the news their applications had been accepted, and are now focused on this summer’s exams.

Olamide hopes to read classics at St Anne’s College, Oxford. She needs three As to have her place confirmed in English, media, and sociology. “I didn’t believe it at first,” she said.

“I read through the whole email three times. My mum was so excited, she called the school. We didn’t expect it.

“I am now motivated to make sure that I get the grades, as I now have this opportunity to go to Oxford.”

The sixth-form student from Walworth is also a high flier outside the classroom as part of the Advocacy Academy and Global Girl Media UK, where she has trained as a filmmaker.  She is also one of the editors of the South London Schools Magazine.

Former head girl Lauren Lopez needs to get an A* and two As to take up her place at Emmanuel College, Cambridge, where she hopes to study Theology and Religion.  The student, from Peckham, is currently studying English, history and sociology.

As a singer and member of the school’s slam poetry collective she has travelled around the world with other performing students, including taking part in the biggest international slam competition, Brave New Voices, held in the USA.

When interviewing at Cambridge she met up with Zareen Roy-Macauley, Ark Globe’s first student to get into Oxbridge – now studying at King’s College Cambridge, for a catch up and some advice.

“I was very nervous because my UCAS email arrived late,” she says. “Everyone I knew found out already and were asking me.  I had to wait for an extra day.  I got really confused.

“It was a little bit anti-climax because of this.  I scrolled down the email quickly until I read the sentence ‘you are offered a place…’, then felt very much relieved.

“I called my dad and my mum, two brothers… Everyone was very happy. I am still really nervous.

“All I need to do is getting the grades. I am also looking forward to it. A levels will be difficult but exciting.

“I will study theology and religion. In 2018 I watched a play called the Convert in Young Vic Theatre.

“It made me question why people turn to religion or turn away from religion, and how this shapes societies.”

Aiming to study medicine at Oxford’s Corpus Christi College, Kirsten Martey-Botchway needs to get three A*s.  Currently studying chemistry, maths and physics, the student from Walworth has been interested in a medical career for a long time.   Back in Year 10 she wrote and published an article about public health, specifically on health inequalities and nutrition.  Kirsten had a particularly strong set of GCSE results too, gaining six 9s, two A*s and three 8s.

“I am very happy and still shocked that I got the offer,” she said. “It has been my dream to study medicine in Cambridge.

“I worked really hard. I prepared for the interview every morning, and on the day I stayed calm.”

Ark Globe’s head of sixth form, Miriam Sechere, said: “At Ark Globe Sixth Form we believe that as the tide rises all the boats go up.

“Over the last five years, I am proud to say that not only has the tide in Southwark changed, but it has risen significantly despite the social injustice and educational inequality that surrounds us.”

Ark Glove Sixth Form is in the top two per cent of sixth forms nationally five years after opening.  Its first cohort of students graduated from University in the autumn, including two former students who have now returned as teachers.

Hasan Abasoglu, who studied chemistry at the University of Leicester, is now back at Ark Glove as a trainee science teacher along with Oluwatobi Adkole who read biology at Nottingham University.