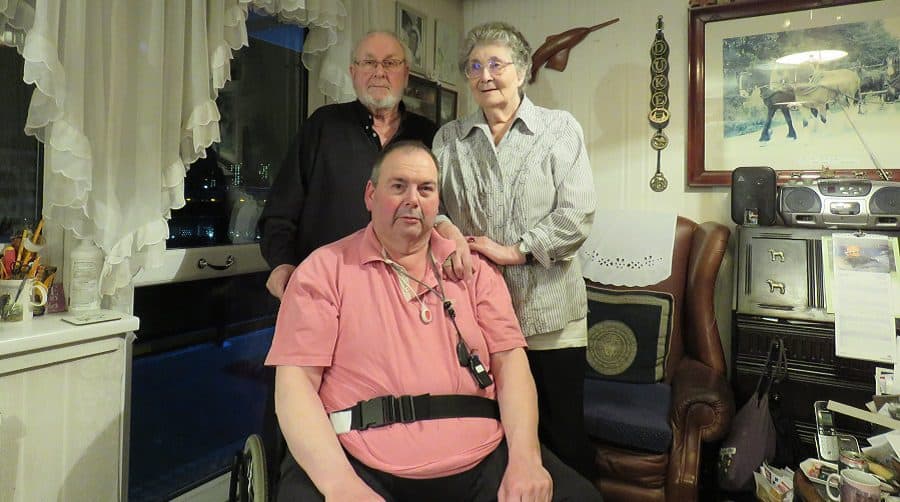 Local NHS bosses have ‘requested details’ of the council’s plans to cut provision of specialist equipment for disabled people.

The council revealed in its 2017-18 budget that £900,000 will be saved by asking the NHS to take over provision of home equipment.

Councillor Richard Livingstone, Southwark Council’s cabinet member for adult services and financial inclusion, said equipment services was chosen for cutting, because the council has no statutory obligation to provide equipment such as wheelchairs, stair lifts, hoists and wet rooms, that can be adapted to residents’ homes.

With a raft of further spending changes coming in April – following £47m of government cuts between 2016-19 – the News has spoken to service users who say they have not had any warning of changes to their services.

The Liberal Democrats criticised the council for not discussing these plans with Southwark Clinical Commissioning Group (CCG), the NHS body which makes spending decisions in the borough. This was despite the fact that the CCG has its offices in the council’s Tooley Street headquarters.

The question of whether the council communicated its plans with the CCG was first raised at an Overview and Scrutiny meeting on January 30, by Southwark Lib Dems leader Anood Al-Samerai. But it was not directly answered by Cllr Livingstone, who heads the department for adult care.

The question was again raised at a Full Council meeting on February 22 by Cllr Al-Samerai, with no definitive answer given.

A spokesperson from Southwark CCG told the News: “Further to the council’s agreement of its 2017/18 budget, the CCG has requested details of the local authority’s plans to reduce expenditure across a number of areas, including equipment services.

“Community equipment is funded by the CCG and the local authority in line with their respective responsibilities, and managed through joint arrangements.

“NHS Southwark CCG is committed to working with the council to find joint solutions that minimise the impact of these financial pressures on local residents.”

But the CCG said it did not wish to comment, when asked what date it had learnt of the council’s plans to shoulder the £900,000 over to it. The CCG also declined to answer whether it would commit to filling the £900,000 gap.

Reports published on the CCG’s website on March 9 stated that its budget had been produced in December 2016, months before the council’s plans were made public.

Under a heading called ‘Approach to budget setting in Southwark’, within the report, it said: “We have little opportunity to invest as freely as we have been able to in the last few years”.

Meanwhile there are questions unanswered about how frontline services could be affected by the council’s £375,000 cut to its budget for transport services.

The News has been shown a statement provided to the Lib Dems by David Quirke-Thornton as its new Strategic Director of Children’s and Adults Services, which suggests that service users will be urged to claim Disability Living Allowance benefits from the government to pay for their transport needs.

“Where there is not a statutory duty to provide transport but there is a need, then we will be ensuring people are claiming mobility allowance that they are entitled to and applying that to pay for their transport, or using motorbility vehicles for the transport of those for whom the vehicle is provided,” Mr Quirke-Thornton said.

Cllr Livingstone told the News that the council’s spend on adult social care would see a net increase of £6m for this financial year, afforded by the government’s mandatory three per cent council tax rise.

“The council has statutory duties that it fulfils and will continue to do so… we are also in the process of simplifying the way these services are funded and ensuring that we use our resources most efficiently,” Cllr Livingstone said.

“Due to very significant government cuts to our budget, we cannot subsidise NHS provision of services or equipment. There is no transfer of service, we are working closely with the CCG to look at which services can feasibly come from which budget and mitigating impact together. We have an open dialogue with residents about the pressures on our services and engage with service users on any changes as appropriate.”

“We can of course never categorically rule out reduction in funding for services as we are under immense financial pressure with year on year cuts to budgets and growing demand. We will always communicate any major changes to residents as soon as we are aware of the potential for them to happen.”

The News has previously reported on fears that Riverside day centre in Bermondsey, and the Queen’s Road day centre in Peckham, could both close this year, as Southwark has not guaranteed renewing their leases, which will both end in 2017.

‘More must be done to help carers’

An elderly Bermondsey couple who have looked after their disabled son for over twenty years have made an emotional plea for councils across the country to do more for carers.

Pat and Syd live in a fifth-floor flat on the Four Squares Estate, next door to Mark, while they try to let him live a life of independence.

Mark has had several adaptations to his flat, including a through-floor lift that allows him to get upstairs, and a hoist that helps get around the first floor, and a wet-room.

They were afforded by a grant from Home Improvement, an agency run by the council, that puts £20,000 towards Mark’s equipment after the family put in £17,000.

Any work needed to have the equipment serviced will be paid for out of Mark’s benefits.

Meanwhile the NHS has paid for Mark’s two wheelchairs, one electric for use outside, and one manual for use in the flat. For getting out and about, TfL provides a limited number of Dial-A-Ride buses, which have to be booked in advance, as well as Freedom Passes for public bus fares. Southwark Council pays for Mark’s Taxi Card, and gives him an annual allowance for hiring taxis. Mark also uses Southwark’s bus services when he travels to one of its day centres, in Walworth.

Pat said: “Mark used to go to Bradenham Resource Centre five day per week. Then it became four days per week, then it went to three.

“It was council buses that took him to the Resource Centre, or on shopping trips. Now they don’t do any of that. They tell you to go by Dial-a-Ride, but they’re not always available. They can get you there, but you guarantee they can get you back

“Carers for disabled people are mostly parents who are getting old themselves. The only respite that family carers get like us is when their loved ones go to the day centres.”

Syd told the News: “Family carers like us save this country billions of pounds.

“We’re of pensionable age, so I can’t ask for benefits, but we are on-call for Mark 24/7, can you imagine what that’s like with a son who’s more than 40-years-old, and never getting a day off.