NHS supporters hand out cupcakes to nurses on Valentine’s Day 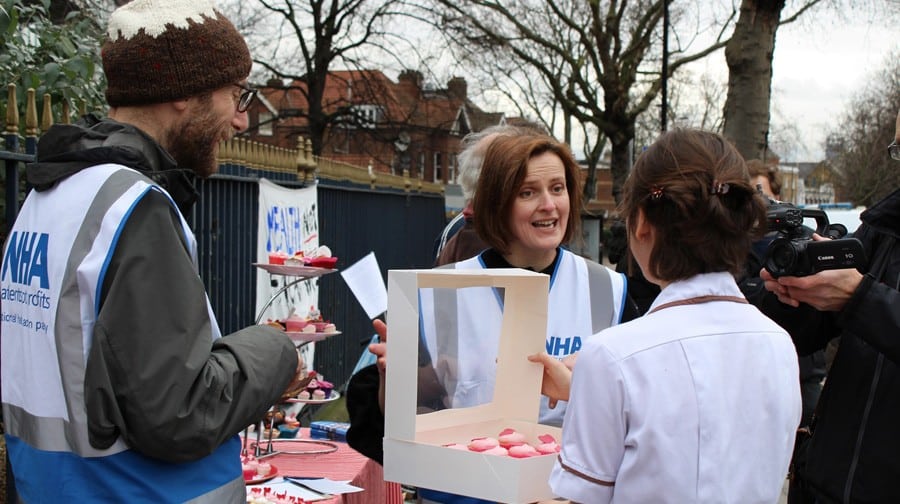 Valentine's Day treats were handed out to nurses

A group of NHS supporters gathered outside King’s College Hospital on Valentine’s Day last Saturday, to hand out cupcakes and show their love to nurses.

Rebecca Fox, a National Health Action general election candidate for Camberwell and Peckham, led the event following on from news that the Government had rejected the Pay Review Body’s recommendation of a one per cent pay increase for NHS workers.

Rebecca said:?“It was great to see so many local people come to show their support for NHS workers on Valentine’s Day. We gave more than 100 cakes to nurses, paramedics, therapists and other NHS workers to show that we value them even though the government doesn’t.”