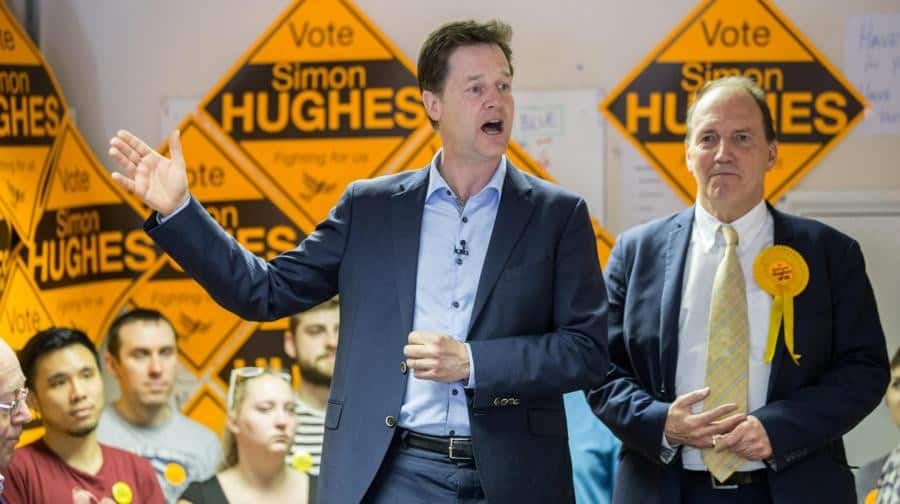 Liberal Democrat leader Nick Clegg slammed the “hypocrisy” of Labour in Southwark as he and parliamentary candidate Simon Hughes met ex-residents of the Heygate Estate on Tuesday.

The pair spoke with Bahar and Rajah Uddin during a visit to Elephant and Castle, four years after demolition began on their estate.

The Deputy Prime Minister said: “There isn’t any better illustration of the hypocrisy of Labour locally and nationally when they talk about the importance of affordable housing. They are the ones who destroyed more than a thousand council owned properties at the Heygate and replaced them with less than 100. That is all you need to know about Labour’s local record on affordable housing.”

Mr. Hughes added: “This Labour-run council regularly breaks its own policy – which is 35 per cent minimum affordable. Almost no developments around here are 35 per cent affordable, some are 25 per cent like the Heygate, some are 20 or 15, or 10 or 5. Nick is here to say that the Liberal Democrats understand that what is needed is a massive programme to build affordable homes.”

Cllr John said: “This is pretty desperate stuff from the Lib Dems. More affordable housing has been built in Southwark than any other London borough and we have the most ambitious house building programme in the country, delivering 11,000 new council homes across the borough.

“The biggest threat to council housing in Southwark is the Tory/Lib Dem Government pushing Right to Buy on our estates – we’ve lost over 300 council homes through Right to Buy since 2010.”