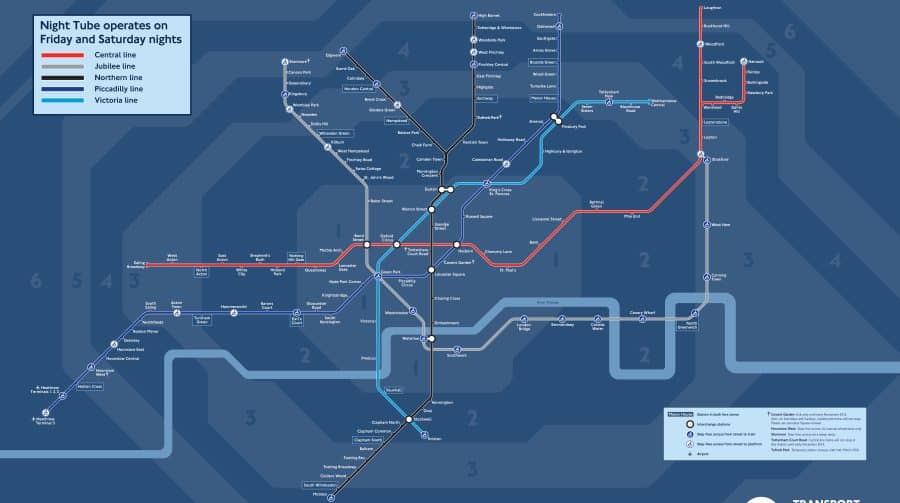 A map of Night Tube services

The Night Tube will open on the Northern Line on November 18 to provide a 24-hour service on weekends.

Launched by the London Mayor Sadiq Khan, the Night Tube first opened on the Central and Victoria lines in August, followed by the Jubilee Line this weekend.

Trains on the Northern Line will run on average every eight minutes between Morden and Camden Town, and approximately every fifteen minutes from Camden Town to High Barnet/Edgware.

Night Tube’s impact on London’s economy was measured at its launch with footfall in Oxford Street and the West End up by fourteen per cent and sixteen per cent respectively in one weekend.

The Night Tube provides 24-hour weekend services for the first time in London’s history, helping to cut night-time journeys by an average of twenty minutes, with some cut by more than an hour.

Southwark NewsNewsNight Tube to open on Northern Line in November