'Communication skills are at the heart of successful lives and careers' 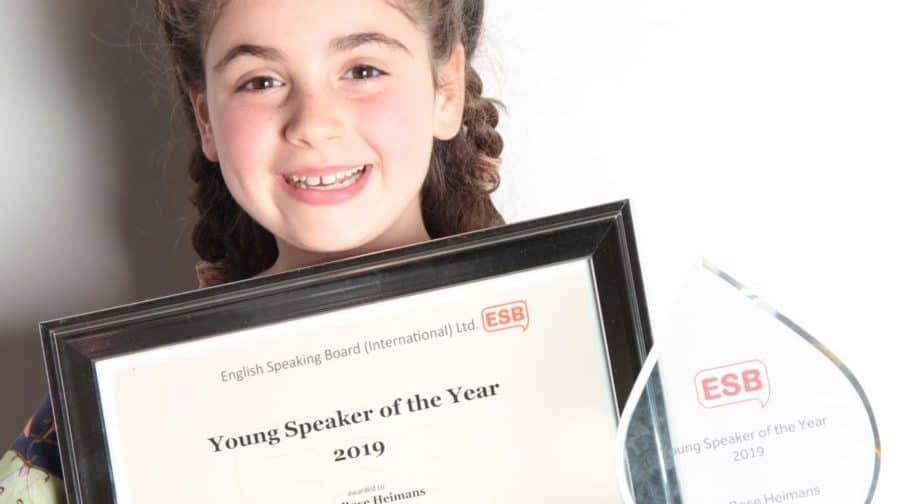 A nine-year-old from Dulwich has won a top public speaking award after giving a talk described by the judges as “very well-researched and utterly fascinating”.

Ellie-Rose Heimans, from James Allen’s Preparatory School, is one of ten students across the country to receive the English Speaking Board’s highest commendation, the Young Speaker of the Year award.

She was selected from 12,000 youngsters to take part in the competition and won after a performance about the history of rubber, which judges said was “very well-researched and fascinating”, describing her as “simply a naturally gifted public speaker and very attentive listener”.

Ellie-Rose said: “This has been a really special day for me and my family, and I really enjoyed doing my talk on The Story of Rubber. It was also great to hear all the other Young Speakers at the Showcase.”

ESB’s Chief Executive, Tina Renshaw, said: “Communication skills are at the heart of successful lives and careers and these youngsters demonstrated exceptional abilities to communicate their ideas clearly and confidently.”

DulwichYoung Speaker of the Year Award