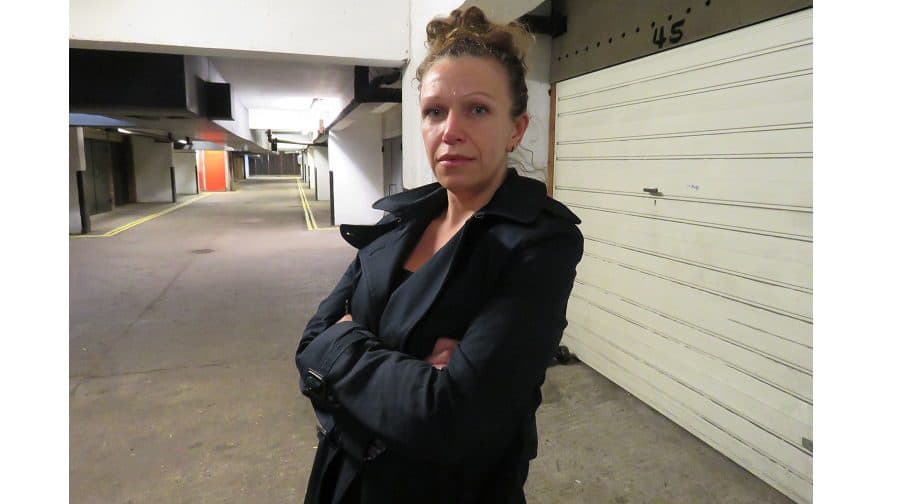 An estate in Elephant and Castle has become a safe place for rough sleepers to shoot up on heroin, residents have said.

The garages in council block Perronet House have been open for rough sleepers to wander into since July, when electronic doors stopped working.

Despite repeatedly asking for them to be fixed, residents say they feel the council “won’t deal with us”.

Jane Livesey, 40, told the News: “I had a friend visiting and they witnessed a guy with a band around his arm, and he was with a guy with his trousers down stood above him.

“No adult should have to witness this behaviour, let alone children.

“I have said to [the council], please don’t wait until it’s too late and you end up with blood on your hands. It’s a really serious problem.

“I feel uncomfortable. I walk in there and want to just walk out again.”

Richard Reynolds, Perronet’s former TRA secretary, said he had even gone to the lengths of booking a surveyor to look at the garage doors and get a quote for them to be fixed. But officers have not responded.

I think word must have got out amongst the rough sleeping community that this is a safe place to go, that there’s nothing to stop them. You see different people all the time,” Richard previously said.

Cathedrals ward councillor David Noakes said: “I did a walk around the estate with one of the garages officers, and even then they agreed something had to be done. That was seven weeks ago.

“And this isn’t the sort of work that needs a senior officer’s sign off. For the last six weeks I have been continually chasing them and little progress has been made.”

Cllr Stephanie Cryan, Southwark Council’s cabinet member for housing, said: “There have been ongoing issues with the garages at the base of Perronet House and we have regularly met with residents to look at solutions. As well as finding a technical solution for the garage doors, we have recently completed a consultation with residents about other potential uses for the garage spaces to solve these issues long term.

“A feasibility study has recently been completed and we will feed back responses to the residents shortly. I would like to reassure residents that we are working hard to come to a resolution.”