No injuries after balcony fire by Camberwell bus depot

A balcony on the first floor was destroyed 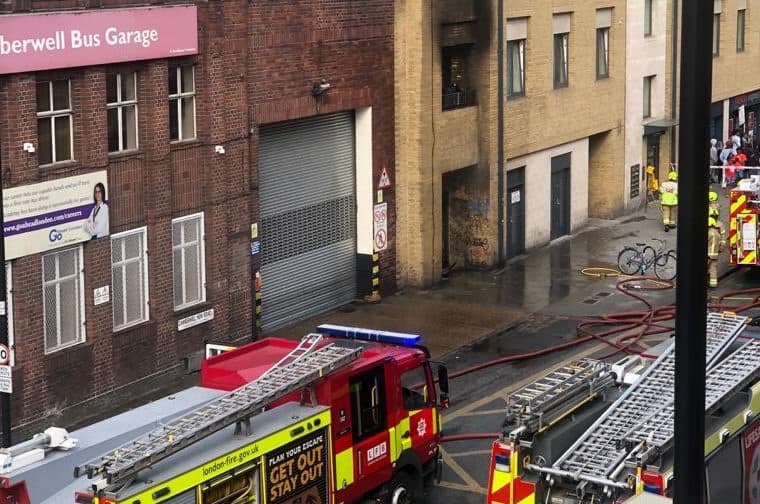 The scene of the fire on Tuesday morning Image: @Retzback_Shaun / Twitter

Balconies on several flats in a block in Camberwell New Road were damaged by a blaze on Tuesday morning.

Plumes of smoke could be seen from the flat’s balcony, above the Tesco on the road, next door to the Camberwell Bus Garage at around 8.30am.

No-one was reported injured in the fire, the cause of which is under investigation by the Fire Brigade.

A balcony on the first floor was destroyed, with balconies on the second and third floors also damaged.

Brigade officials say they took eight calls about the fire, and managed to get it under control shortly after 9am.