Deptford: Cause of ‘small’ fire at 27-storey block on Pepys Estate under investigation

The fire was a small blaze in a bin room at the estate, said the brigade 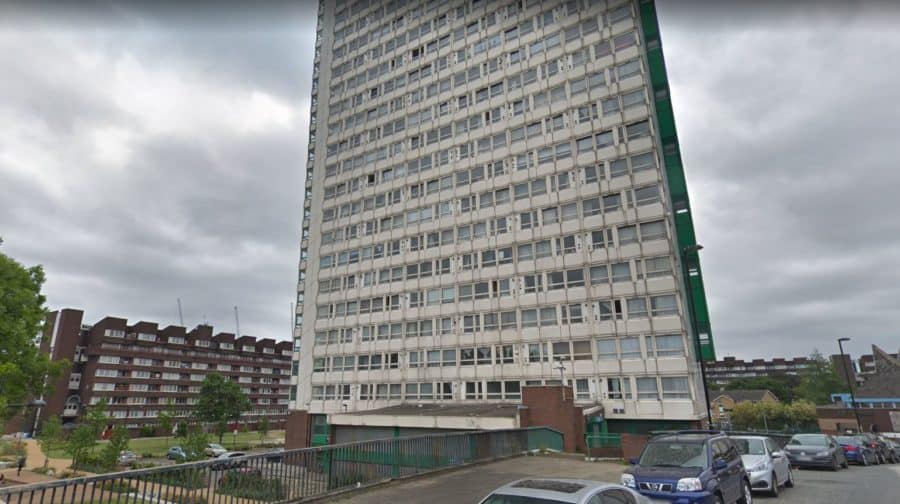 Some residents self-evacuated from the tower block before the Brigade arrived (Image: Google Maps)

Eight fire engines were called to the scene of the blaze in a bin room at the estate on Oxestalls Road at 8.40pm.

A number of residents had left their flats in the 27-storey on the estate before firefighters arrived at the scene, with others safely remaining in their homes.

Part of the ground floor bin chute was damaged by the fire, the cause of which is still under investigation by the authorities.

Firefighters from Deptford and the surrounding areas safely got the fire under control shortly after 10pm.

It comes after a fire in the early hours of Saturday morning on Tower Bridge Road.

25 firefighters were called to the disused shop fire shortly before 3am.

No-one was reported to be injured, but flats on the first and second floors above the shop were damaged.

“Just called through a fire on Tower Bridge Road,” said one witness on social media.

“Not sure if above the tapas or cabbie or somewhere else as came from London Bridge way, hope everyone OK.”

The cause of that fire is also still under investigation by the authorities. It was safely contained at around 4.45am.

Southwark NewsNewsDeptford: Cause of ‘small’ fire at 27-storey block on Pepys Estate under investigation