Report which branded homes less than nothing cost the council £98k 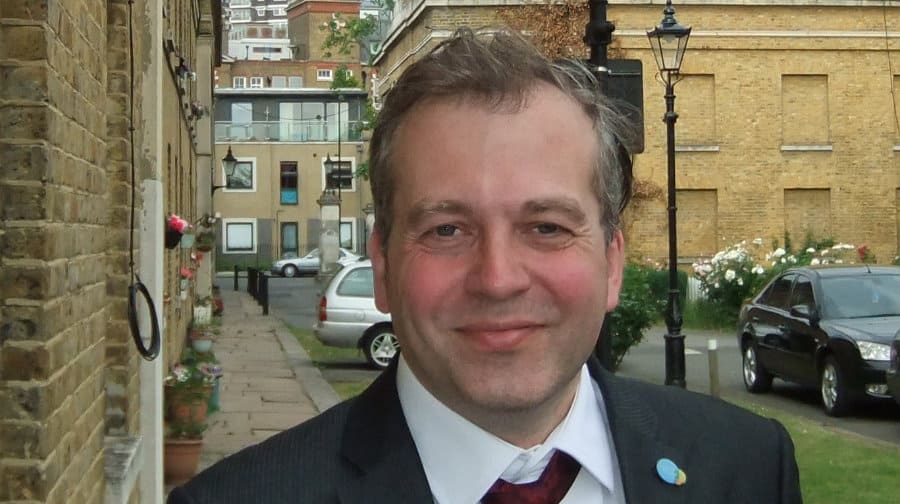 Southwark’s housing boss has declared there will be no more wholesale demolition of estates in the borough after the Aylesbury and the Heygate.

This reassurance came in the same week the News uncovered that the report, which branded 4,000 homes in the borough as being worth less than nothing, cost the council £98,000.

Property Management firm Savills were paid £42,000 to survey over 50,000 properties in the borough and value them both financially and socially.

Those deemed to have a negative value because more money would need to be spent on them than the council would make back in rent and charges over a period of 30 years, were left vulnerable to “disposal” in order to “remove onerous liabilities from Southwark’s balance sheet.”

Speaking to the News this week, Cllr Richard Livingstone, Southwark’s cabinet member for housing, reassured concerned residents that the “vast majority” of homes listed as needing a lot of investment will not be knocked down.

“What I want to make clear is that this is very much about improving homes,” he said. “Very large scale redevelopment of estates is not on the table.”

The purpose of the detailed stock survey was instead to tell the council which buildings need different kinds of investment to bring them up to a decent standard and whether the council can afford it or not, according to Cllr Livingstone.

Although 4,000 homes were categorised as having a value of below zero, Cllr Livingstone says overall the council owns enough profitable stock to pay for investment to bring the rest “up to scratch.”

“What I don’t want people to think is that any home with a low NPV  [Net Present Value – how much the buildings are worth, according to Savills] score is up for demolition or redevelopment.  In the vast majority of cases it’s about improving people’s homes not demolishing them,” said Cllr Livingstone.

Leader of the Southwark Liberal Democrats, Anood Al-Samerai, said the money spent on the Savills report would have been better invested in much-needed kitchens and bathrooms.

“There are real concerns that the Labour party is spending money on consultants instead of kitchens and that this expensive report is going to be used to justify demolishing local estates because the land they sit on is valuable.”

The Savills ‘Asset Performance Evaluation’ was used as the basis for the council’s draft Housing Asset Management Strategy. The strategy states that one of the aims of the council’s asset management is to “identify stock that is or may become a liability. Such properties may be a drain on resources and best suited for disposal or redevelopment. It is important that we do not bring properties up to decent homes standard if there is a question about their short to medium term future.”

Cllr Livingstone said the wording here did not reflect the council’s position as social landlord with the interests of its residents at heart.

“Perhaps it could have been better phrased because it mentions demolition but we don’t see that as where we are going with our housing,” reiterated Cllr Livingstone.

The Livesey ward councillor admitted that properties will be considered on a “case by case basis” and that “In a small number of cases it may mean demolition but in the vast majority of cases it certainly won’t.”

Asked if there was a list of properties earmarked for demolition, Cllr Livingstone gave an emphatic, “no”, adding that the council is now taking a “different approach” to its housing stock.

As leaseholders on the Aylesbury continue to fight the council’s wholesale redevelopment of their homes, Cllr Livingstone stands by the council’s decision to demolish and rebuild as “the only option” for the Southwark’s largest estate but says there are “easier solutions” to the borough’s remaining stock.

As evidence of their new approach, Cllr Livingstone sites estates like the Four Squares, Abbeyfield and Caroline Gardens where major works area already underway to bring them up to standard.

The Housing Asset Management Strategy is open to public consultation. If you would like to have your say, visit http://tinyurl.com/SouthwarkAMS before January 22.

Jobs, repairs and kitchen pledge to be hit

A government curb on council rents will leave a gaping £62million hole in the borough’s housing budget meaning Southwark’s kitchens and bathrooms pledge will have to go on the back burner and some housing officers will be for the chop.

Chancellor George Osborne’s announcement in July that council rents would go down by one percent every year for four years blew a hole in the council’s spending plans, which had been based on an annual one percent rise on top of inflation.

Cllr Richard Livingstone, Southwark’s cabinet member for housing, said the borough could have taken the hit for one year but four years will be “painful.”

In order to recover the £62million, Cllr Livingstone said the council has had to slow down the roll out of its kitchens and bathrooms pledge – to replace kitchens older than twenty-years-old and bathrooms older than 30-years-old– to be completed by 2023, rather than 2021.

Asked if this would go down as a ‘broken promise’, Cllr Livingstone said: “We made a promise about the timescale on the basis of what we knew then about rent. We had no idea the Chancellor of the Exchequer was going to come out of the blue with a rent decrease. We had to tweak things to address that. We are still delivering kitchens and bathrooms but it’ll just take a bit longer.”

The whole housing department is going to have to go through a “restructure” with an unknown number of housing officers “likely” to lose their jobs.

The way repairs are responded to is also going to be overhauled with fewer jobs being allocated as emergencies. Cllr Livingstone said some repairs were being incorrectly categorised as ‘urgent’, incurring a hefty callout fee for the council and unnecessary disruptions for the resident.

To residents concerned their repairs will now take longer, Cllr Livingstone said “realistic timescales” will help the council guarantee work will be completed by a set date and hold contractors to account.

The council also launched a DIY programme this year with the aim of helping able-bodied residents to do things like change their own lightbulbs and unblock their toilets instead of calling it in to the council as a repair.