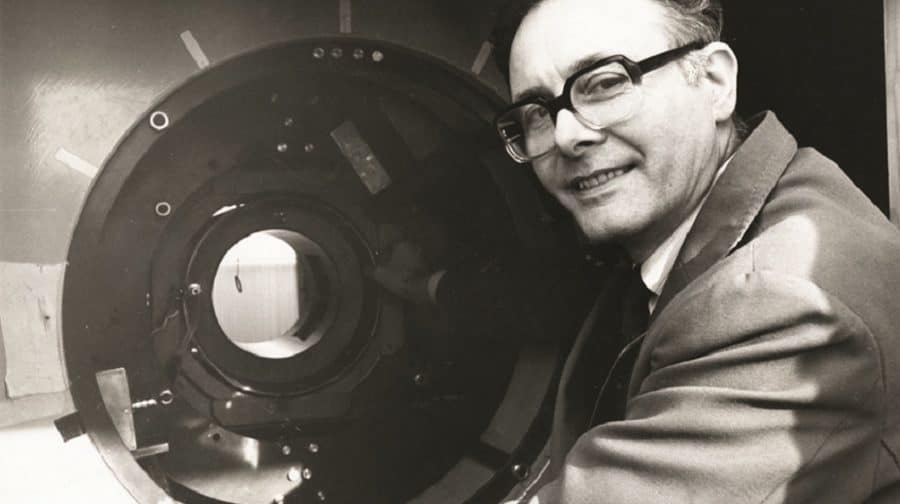 Sir Peter Mansfield at the initial MRI test. Photo by the University of Nottingham

The Camberwell boy who won a Nobel Prize for his role in developing the MRI scanner despite failing his eleven plus exams died on February 8, aged 83.

His work, a breakthrough in medical science, earned him the Nobel Prize in the category of Physiology or Medicine in 2003. However, the son of a gas fitter’s academic brilliance went under the radar in his early years.

After he failed the eleven plus, he ended up at the Central School Peckham in 1944. Things turned out better than expected, though. Previously writing for the Nottingham Post, Sir Peter said: “It was a good time to be there; it was very much like a grammar school.”

Sir Peter receiving his Nobel Prize in 2003. Photo by University of Nottingham

However, the following year the Education Act came into being. This meant his mixed class was split up and he was sent to Choumert Road School, also in Peckham, but didn’t know anyone in the class.  The focus here was on science and languages, though, which suited him well. He also visited the Science Museum often and deepened his interest in engines, machinery and rocketry.

Aged fifteen, school-leaving age, his science teacher Mr Osbourne tried to convince him to stay on but Sir Peter decided against it. He didn’t want to be the only one in his year group to stay on, nor did he think the school was equipped for what he wanted to do.

His mum and him, instead, met a careers inspector for some advice. “I told him I was quite interested in science and he just burst out laughing. He really brought me down to earth,” wrote Sir Peter. “He said I might be interested in it but he was there to talk about jobs, so what else might I be interested in.”

Luckily, the inspector’s reaction didn’t make too much of a dent in his confidence. He landed a job as a printer’s assistant before deciding to pursue his interest in rocketry. He applied for and got a job at the Ministry of Supply’s Rocket Propulsion Department in Buckinghamshire.  “That’s where my career in science really started,” wrote Sir Peter.

Momentum gathered and he went on to do his A Levels and was subsequently admitted to the University of London to study a degree in Physics in 1956.

He joined the University of Nottingham as a physics lecturer in 1964, where he spent the majority of his career