'We felt compelled to return and remember Sidney for his actions' 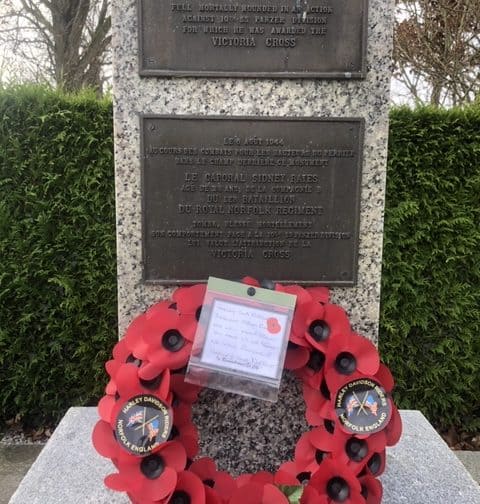 A group of bikers from Norfolk were so moved by the story of Camberwell VC hero Sidney ‘Basher’ Bates on a visit to Normandy last year that one of their members returned to leave a tribute for this year’s Remembrance Day.

Robert Taylor, the Harley Club Norfolk’s president, told the News: “During a D-Day tour last year we came across a gentleman in France that took us to the memorial of Sidney Bates.

“We never forgot the story of Sidney and a member of the club has returned again to place a wreath at the memorial.

“We felt compelled to return and remember Sidney for his actions.

“The grave is well looked after by the French residents who are obviously very proud.

Fatally injured, he wrapped himself around his machine gun and continued firing after being attacked by 60 SS Panzer fighters on August 6, 1944, in Normandy.

Sidney had joined up in 1940, having had his last drink in The Sultan and telling his mum he wasn’t brave – just scared. His nickname, ‘Basher’, was a nod to his skills in the ring.

Sidney remains a much-loved member of his extended family, who can trace their Southwark roots back to the 1700s. Last year he was a runner up for our Blue Plaque scheme, with his nephew, Chris Bates, telling us Sidney was remembered by his surviving sister Pat as a “quiet unassuming lad but a happy prankster”.

The epitaph on his headstone, in Normandy, reads: “His parents proudly remember him as a true Camberwell boy and a loving son.” 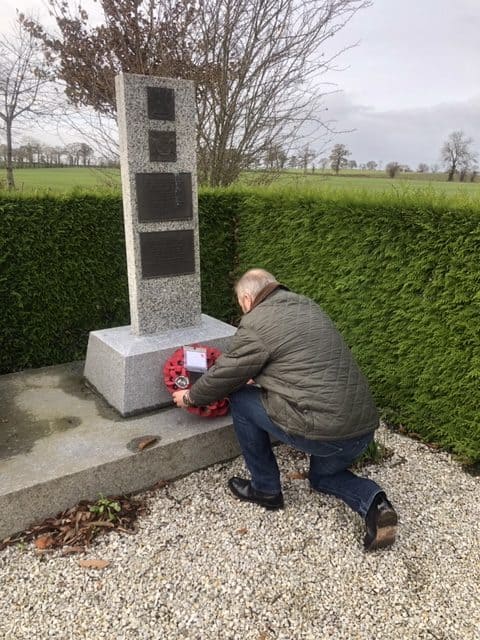