TfL says the project has been delivered £160m under budget, bringing its estimated final total cost to £1.1bn 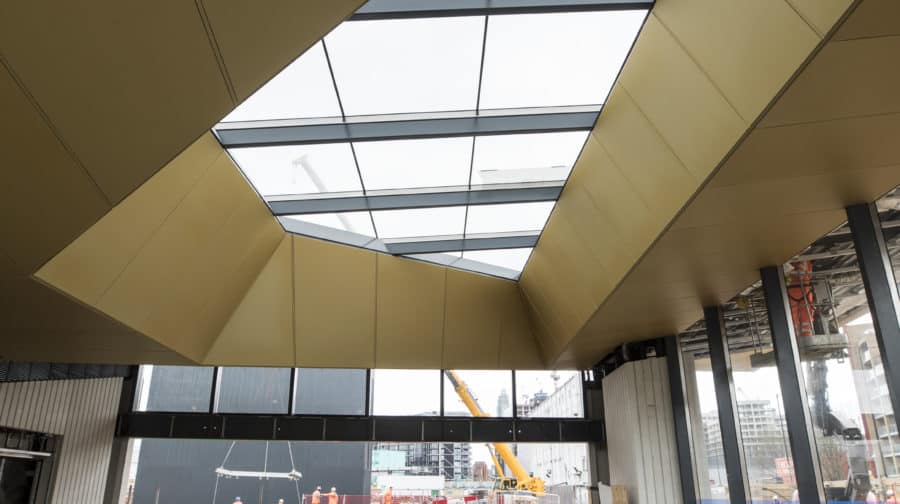 The new Northern Line extension officially opened on Monday – on time despite the challenges of COVID-19.

Trains started running at 05:28 yesterday morning. Among the first passengers were London Mayor, Sadiq Khan and secretary of state for transport, Grant Shapps.

TfL says the project has been delivered £160m under budget, bringing its estimated final total cost to £1.1bn.

Sadiq Khan said: “After years of hard work, I’m delighted that we’re able to open the Northern Line Extension today and it was great to have the chance to travel on one of the first trains between Nine Elms and Battersea Power Station.

“This extension will hugely improve the links between these vibrant, growing south London neighbourhoods and the rest of the capital, and will also help to support thousands of new jobs and homes as we move forward with London’s recovery from the pandemic.

“The new stations are beautiful and I encourage Londoners and visitors to start using the Northern Line Extension to get around and help them enjoy everything the capital has to offer.”

Transport secretary Grant Shapps added: “London’s world-famous tube network has two new stations from today, the first stops to be added so far this century, with names that will soon become familiar to Londoners as they return to public transport after the pandemic.

“Ahead of the opening of the Elizabeth line next year, these upgrades extend vital connectivity across the greatest city in the world and show the power of transport connections.”