Not in their back yard: Southwark Council scraps ‘infill’ plan for Priory Court 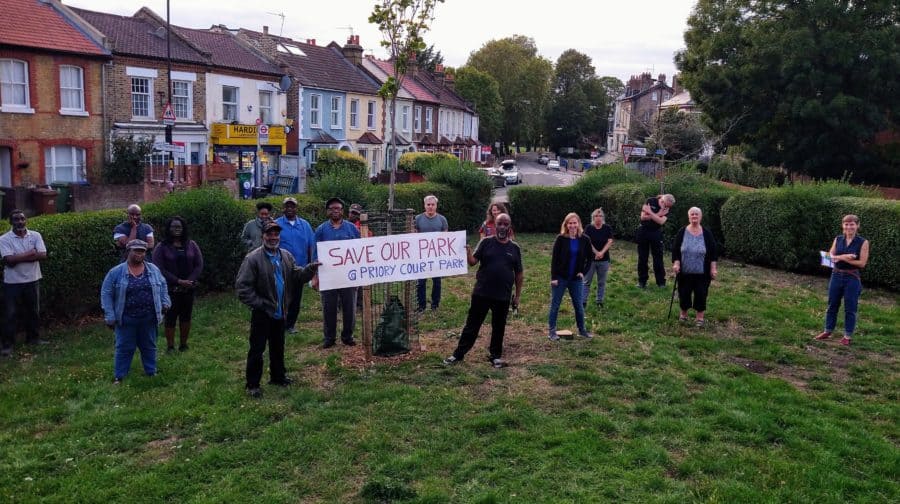 Proposals to build ‘infill’ housing on green and communal spaces in Nunhead’s Priory Court estate have been shelved by Southwark Council.

Newly reinstated housing chief councillor Stephanie Cryan said the decision was based on projected costs; telling the News that the number of homes that could be squeezed into the small site would not present good value for money.

But campaigners believe public pressure, media attention and the ongoing fall out from ex-cabinet member Leo Pollak’s resignation after he was discovered to have been running an unattributed Twitter account that argued with residents over housing issues all played a part.

Priory Court and other so-called ‘in-fill’ projects –  whereby new council housing is being built on estates’ green spaces or in inventive, ‘underused areas’ – have become flashpoints in Southwark.

Residents in Priory Court were told on Friday, March 12, that the project was not going ahead. The plans included nine flats for the 72-flat estate.

Campaigners say the news came hours before the estate was due to appear in a national television news report – subsequently not broadcast.

Cllr Cryan told the News: “We are delivering the most ambitious council house building programme anywhere in the UK, which will see 11,000 new council homes all across Southwark by 2043.

“As a densely populated inner London borough, we’ve had to look at innovative ways to build much-needed new council homes by exploring all options and seeking out every potential new housing site, including on our existing estates.

“With every opportunity, we have to carefully consider the potential number of homes we could build against our ambitious targets and we have to be certain we’re using public money in the most economical way possible.

“We won’t be pursuing any plans for new homes on Priory Court because, on this occasion, the finances didn’t stack up, and we believe we can deliver more new council homes elsewhere at better value.”

“We can’t believe we’ve won,” said resident and campaign coordinator, Lewis Schaffer. “They should listen to residents and stop building on our estates.”