Coral Newell, of the Beormund Community Centre, has been in charge of spreading cheer for the last four decades 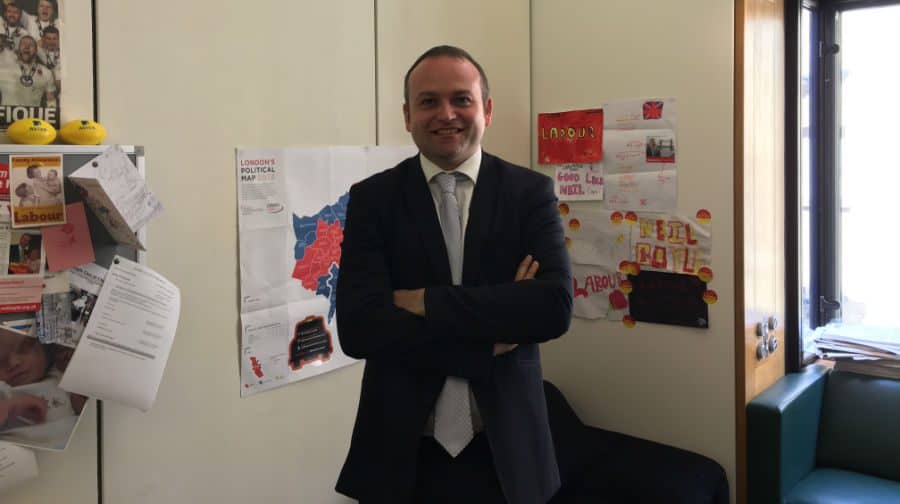 Bermondsey and Old Southwark’s MP, Neil Coyle, has said there’s a choice between “doing nothing or volunteering to give a great Christmas to someone else” – as the search continues to find people to take up the reins of Bermondsey’s Pensioners’ Christmas Dinner.

Coral Newell, of the Beormund Community Centre, has been in charge of spreading cheer for the last four decades to hundreds of elderly residents of SE1 and SE16, but after the birth of her first great-grandchild thinks it’s about time to spend the day at home.

MP Neil, who’s been volunteering at the bash for six years, said: “It has been great to help out, serving food and clearing up the tables. Coral does extremely well at keeping one hundred old people warm, well fed and entertained. You often have people there who wouldn’t have been able to have a whole roast meal. Guy’s Hospital has been amazing over the years as have Tesco who give goodie bags.

“One person alone can’t do it alone and Coral has a great team. It’s a great event and people who come really do appreciate it. I started volunteering because my Christmas’s when I was younger at home weren’t that great. So there’s a choice to not do anything or help out at a community event to give a great Christmas to someone else.”

The free event has taken place every year since 1977 in the Robens Suite on the 29th floor of Guy’s Hospital Tower, where pensioners are treated to a seasonal soup, a traditional turkey main with all the trimmings and a Christmas pudding, as well as entertainment.

Coral started the dinner after being surprised at one run by People Care Association while she was a Southwark councillor in 1976.

Since then Coral’s dinner has gone from strength to strength each year, with generous donations from the Rotherhithe Charity, Guy’s and St Thomas’ Charity and United St Saviour’s Charity.

If you are interested in getting involved with the pensioners’ meal, please get in touch with Toni or Coral on 020 7237 9313 or info@beormund.co.uk