'It’s about home and how you see your home and how, wherever it is, you’re the one who makes it home' 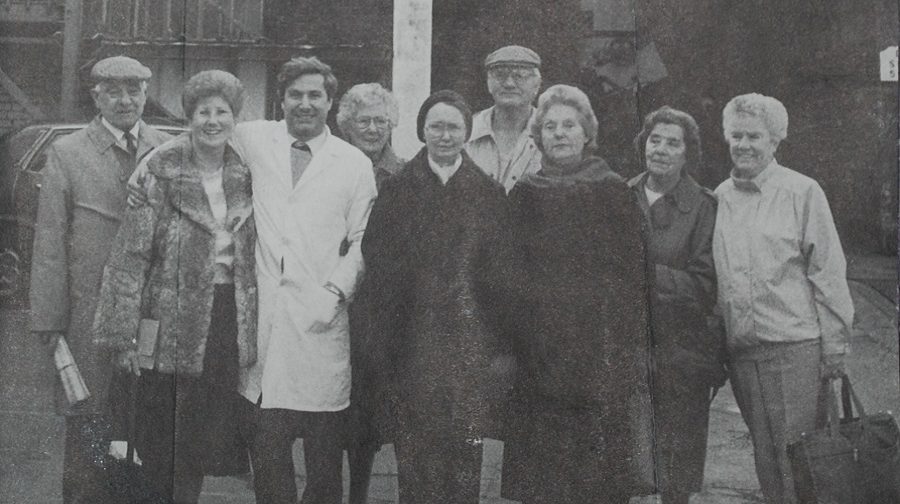 An author has drawn on her family’s memories of post-war Bermondsey and working in the Alaska fur factory in her latest novel.

Hattie’s Home, written by Mary Gibson, is set in Bermondsey in 1947 and centres on three women who forge a friendship while working in the factory and the difficulties and prejudices they face while trying to rebuild their lives after the Second World War.

After eight years spent in the Auxiliary Territorial Service – the women’s branch of the British Army – Hattie Wright returns to a Bermondsey she no longer recognises.

She reluctantly takes a job in the Alaska factory – but conflict is sparked when she tries to get herself promoted up the factory floor. Meanwhile, after journeying across the world to get married, Clara is betrayed and returns penniless and homeless and tries to raise a child in the face of prejudice, while war widow Lou tries to rebuild her life after her daughter and parents are killed in an air raid bomb blast.

“It’s a story of women but also of the post-war Bermondsey people and especially the children,” said Gibson, 65, whose mother and aunts worked in the Alaska factory, and who herself worked there for a brief period.

“I was born in Bermondsey in 1953 in Thorburn Square in one of the old Victorian houses before they were demolished and turned into flats.

“There were usually three families to the old Victorian houses; that was a common type of housing for Bermondsey people in those days. “In Hattie’s Home that’s where she goes home to but unfortunately she can’t live there because her eccentric mother hasn’t got the room so she goes off and sets up a squat in Southwark Park.

“After the war a group of about 20 families moved into ex-Army huts in Southwark Park abandoned by an artillery unit and they lived there into the 50s because there was nowhere else for them to live at that time.”

In Hattie’s Home, Hattie also gets involved in trying to help the post-war children of Bermondsey, who spend their days playing on the rubble of bombsites.

“Hattie gets involved in a local movement called the children’s flats based in the old tenements in Barnham Street,” said Gibson, who now lives in Welling. “They turned this old flat over to the kids and let them play and cook and decorate in it as a little home because there were so few playgrounds and the homes were so cramped.

“Up until the 50s, the bomb sites were still there and they were like the first adventure playgrounds.

“An elderly relative actually gave me most of the information about the bomb sites.

“He particularly remembered cooking up potatoes in old oil drums and going to the docks and on to the barges to nick peanuts.” Gibson says the novel is essentially about her home.

“It’s about home and how you see your home and how, wherever it is, you’re the one who makes it home and for Hattie it’s a Bermondsey home and it’s one that’s very important to her,” she said.

Hattie’s Home, published by Head of Zeus, is Gibson’s fifth novel in a series of books set in Bermondsey.

It is available at Amazon.co.uk, WHSmith or Waterstone’s for RRP £7.99.