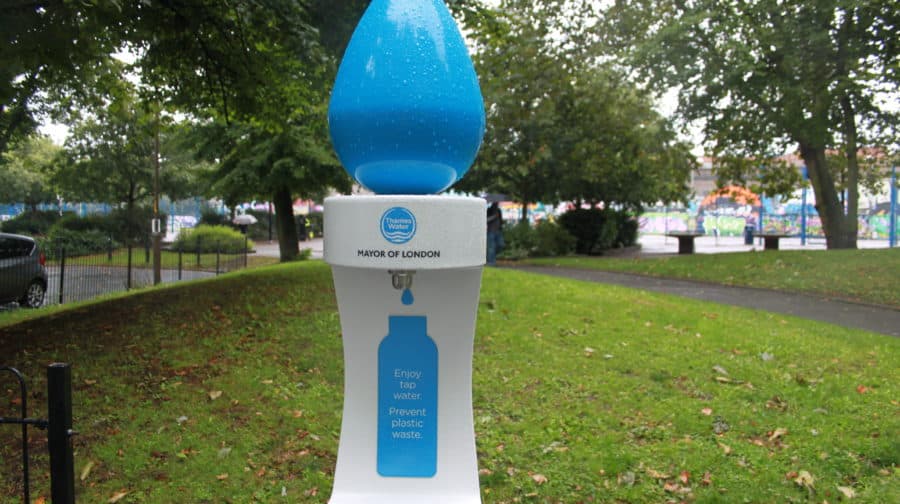 Brimmington Park, just off the Old Kent Road, is one of the parks where you can fill up your water bottle for free

Two new water fountains have been installed in Nunhead Green and Brimmington Park, while two more are set for Dulwich Village and Potters Fields Park.

The fountains are part of a City Hall bid to install 100 drinking fountains across London to reduce plastic waste and encourage reusable bottles.

The ‘distinctive’ fountains will dispense free tap water to keep Londoners hydrated on the move, and are accessible to wheelchair users.

Steve Spencer, chief operating officer at Thames Water said: “London’s tap water is world class and we’re celebrating this by building a network of water fountains so it’s even more accessible to people on the move.”

Plastic bottles reportedly make up ten per cent of the waste found in the Thames, and can take between 500 to 1,000 years to fully decompose.