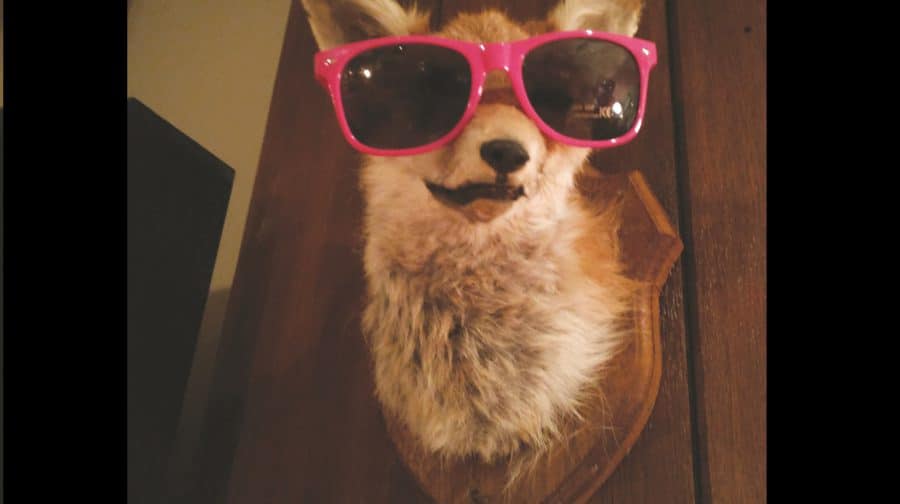 A taxidermy fox that got swiped from the Old Nun’s Head pub was returned last week – with some new pink sunshades.

Pub staff reported that an anonymous male came into the pub to return the fox last Saturday, with the stuffed animal – complete with nifty accessories – stuffed under his arm.

The male apologised for the fox’s three week absence but claimed he had absolutely nothing to do with the theft.

Manager Nick Neill said that Old Nun’s Head staff and customers were “delighted” to see the return of the fox.

“About three weeks ago we thought – wait, where’s the fox gone?” We were going to do a wanted poster but then we got too busy,” he said.

“We didn’t have the right camera angle on the CCTV to see who’d taken him.”

“He doesn’t have a name at the moment but maybe it’s something we should look at now.”