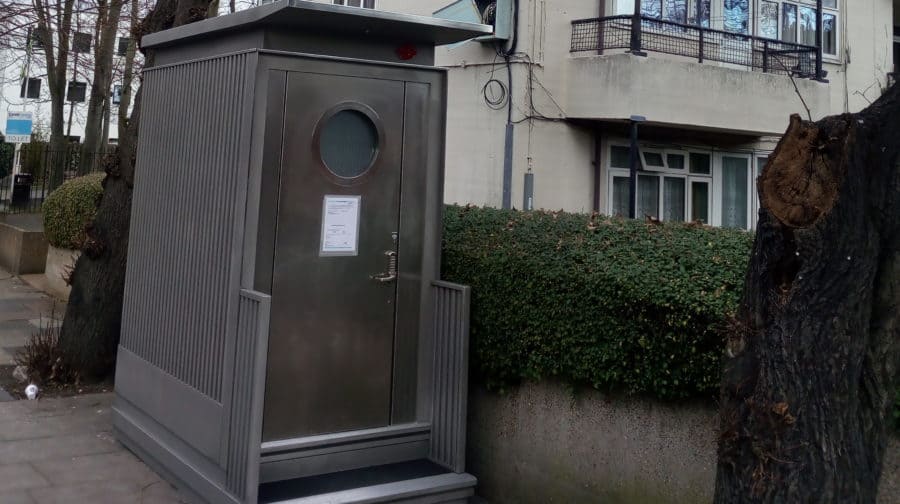 A Nunhead resident has started a petition to move a TfL loo outside their home – dubbed a ‘Turdis’ after Doctor Who’s time-travelling machine.

The steel structure, which bears a resemblance to a Tardis, was installed on St Mary’s Road in December at the last stop for the number 78 bus.

Around forty have been installed across London, typically close to the final bus stop to prevent delays to the schedule from drivers walking to-and-from the toilet.

However, some residents of the nearby historic Sassoon House directly next to the bus-driver loo said they weren’t properly consulted about its location, and want it moved.

Gülnaz Can, a St Mary’s Road resident who has started a petition against the loo, told the News: “It’s directly outside my house. We didn’t like the idea from the beginning, [but] we thought it was going to be more discreet.

“They didn’t give us any evidence that they had exhausted all other locations.” Ms Can also raised concern about liquid leaking from the ‘Turdis’ over the public footpath – but TfL has told the News that the liquid is clean water.

“My neighbours use the other side to get out as they don’t want their kids stepping in the liquid,” she said.

A letter which was sent to residents asking for their views after the toilet was installed was “making a mockery of the people who live there and not taking them seriously,” she added.

“They should not be providing the facilities at the expense of local residents and showing such a disrespect to stop ed meds.”

Nick Fairholme, Director of Project and Programme Delivery at TfL, said that TfL tries to be “mindful” of residents when selecting the locations of the toilets, and had worked closely with the council on the placement of the loo.

“We have attended the site to investigate the water issue and can reassure residents that it is clean water, spilt during regular maintenance work,” he said.

“We appreciate this is an inconvenience and have asked our contractors to ensure this doesn’t happen again.

“We will happily meet with the local community to discuss their concerns.”

Mayor Sadiq Khan announced the toilets in February last year after pressure from drivers’ unions about a lack of toilet facilities.

Another one of the loos, in Biggin Hill, Bromley, was removed after four weeks following a backlash by residents of the quiet suburban street.

TfL say they’re happy to talk to residents, but they don’t reply to their emails any more. There is no communication, it’s an insult.